Withdrawal from Afghanistan has placed women and girls in mortal danger 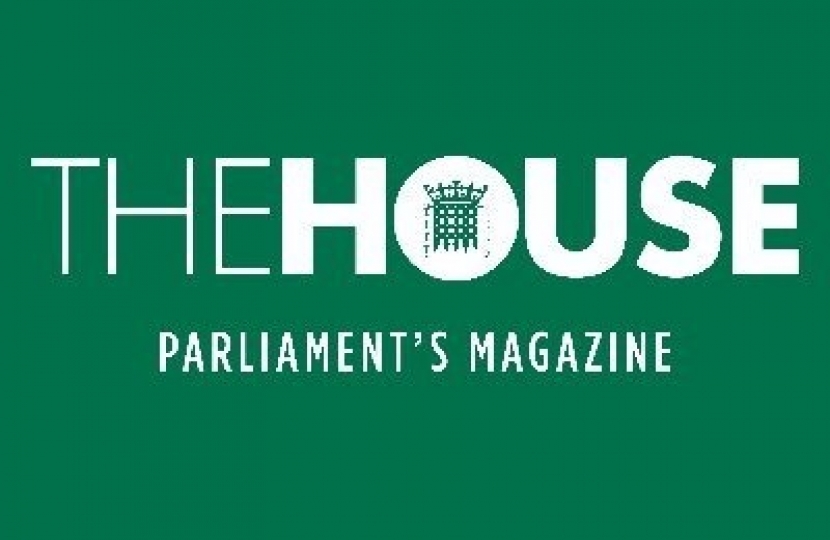 Right now, we must provide support for women and girls in Afghanistan, let alone for the translators. It’s time for Global Britain to step up.

Last month, I had an exchange with the Prime Minister when he was at the Dispatch Box making a statement on the end Britain’s military mission in Afghanistan. It followed President Biden’s declaration in April that America would be leaving Afghanistan.

Nearly two decades, after hundreds of thousands of deaths, including 457 British serving men and women, it was now “time to end the forever war.” And let’s not forget five Presidents, starting with George Bush, and five Prime Ministers, starting with Tony Blair. But while the forever war may be ending for Western countries, another chapter of conflict continues for women and girls in Afghanistan.

For generations, Western leaders have failed Afghanistan. They did not understand its culture, its politics, its critical role in the region. And unfortunately, they are now failing to stop a catastrophe from developing.

President Biden has argued that America is withdrawing having achieved what it set out to do: eliminating Osama Bin Laden and denying terrorists a safe haven to operate. Our Prime Minister said the same.

Barely mentioned are the other objectives that we as Western powers set ourselves – namely nation building, creating a stable economy, and, crucially, protecting and educating women and girls who had been brutalised under Taliban rule. Our decision to withdraw from the region will leave a power vacuum that will be filled by the Taliban. Women and girls will be lambs to the slaughter, a term I don’t use lightly. This is repetition of what Afghan women are saying about their prospects in Afghanistan.

This is already happening. In the last few weeks, the Taliban have seized nine of the country's 34 provincial capitals. The UN estimates over a 1,000 have died in the last month alone as the country hangs on the precipice of another civil war. We are already hearing reports of Taliban fighters ordering local imams to bring them lists of unmarried women aged from 12 to 45 for their soldiers to marry.

Female journalists, doctors and teachers are being hunted by the Taliban – with one of them telling a newspaper, “I cannot stop thinking and worrying about my friends, my neighbours, my classmates, all the women in Afghanistan.” The plight of women and girls is not a side issue – it’s a reflection on stability and security, and impacts the safety of our country too.

Before becoming an MP, in what feels a lifetime ago, I was working for the BBC World Service just after 9/11. I was fortunate to experience Afghanistan first-hand. I worked with Afghan men, women, and children, heard about their hopes and challenges and saw the reality of the political and security landscape.

I have followed the fallout from Western intervention ever since and have been concerned with the re-emergence of the Taliban, especially when our attention was diverted with the rise of Daesh. Now I hear from the women and girls I met that under the Taliban, regardless of any peace settlement, they are living in fear. Every intervention has been short sighted and underestimated the progress of the Taliban.

We are now undoing any progress made from our intervention, and our own reputation on the world stage. We have abandoned Afghan translators, leaving them to fend for themselves, a product of our slow system. The G7 commitment to educate and help women across the world is proving to be empty air.

And in his statement to the House, the Prime Minister proudly reflected that “3.6 million girls are going to school in Afghanistan, seizing their chance to escape from illiteracy and poverty.” After 20 years of fighting for their human right to read and write, our withdrawal has now placed them in mortal danger.

Our withdrawal alongside NATO allies and America will lead to catastrophe, predictable to all of us who have a real understanding of Afghanistan and aren’t caught up in the SW1/Washington bubble.

Women and girls will suffer brutalisation under Taliban rule which will set the ideal conditions to promote violent extremism and terrorism on an international scale. And an uptick in refugees spilling over borders will cause further regional conflict and instability.

President Biden has started to salvage America’s reputation by providing safe passage to 2,000 women and girls. But that doesn’t go far enough. Right now, we must be providing support for women and girls, let alone for the translators. It’s time for Global Britain to step up.