A Very Busy Year Ahead, as Promised in the Queen's Speech 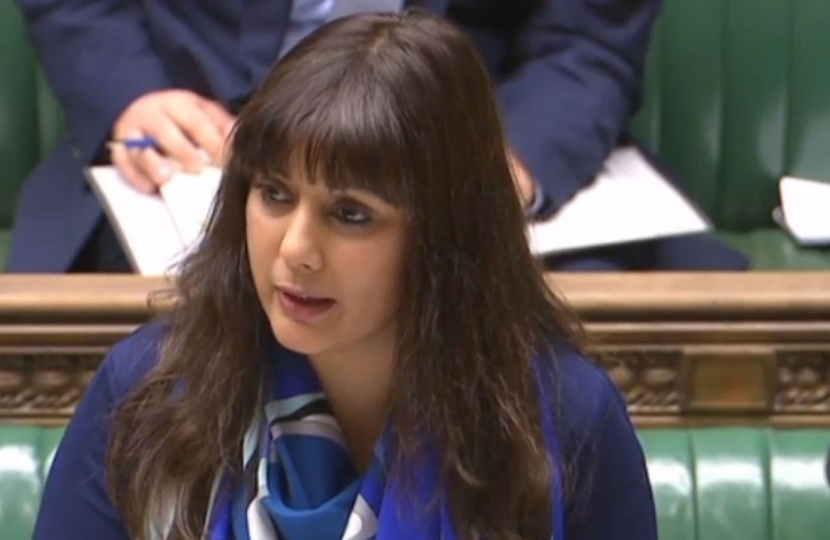 Nus Ghani salutes the approval of the Queen’s Speech, by the House of Commons, on the 20th of January 2020.

HM The Queen delivered the speech on the 19th of December 2019, during the State Opening of Parliament. This marked the beginning of what promises to be a very busy session for the newly elected Conservative-majority government.

On Monday, MPs voted 334 to 247 for the Speech to fill their diaries for the year.

The Queen’s Speech heralded an astonishing number of progressive, One Nation policies and bills aimed at making the United Kingdom a more equal, more tolerant and more prosperous place.

Nus Ghani rejoiced at the fact that the Speech cleared all of its Commons hurdles and placed particular emphasis on proposals such as the Domestic Abuse Bill, and pledges around NHS funding.

‘I am delighted that the Queen’s Speech has now been approved by the House of Commons. It gives us a very full agenda for the year, but this means that we can deliver on the promises we made to the British people, during the election, and even before.’

‘For more than 5 years now, I have been relentlessly campaigning for a Domestic Abuse Bill. Domestic violence tears families apart, devastates adults, and very often derails the harmonious development of children. I am elated that the government has committed itself to passing this landmark bill. It is vital that we get it absolutely right, for the millions of people affected by domestic abuse’

‘For the first time, the government has enshrined in law a spending target of £33.9 bn by 2023-2024, on the NHS. This is not just a guarantee that our fantastic health system will carry on delivering world-class care, freely at the point of use, but also that totally unfounded claims of selling off our NHS were nothing more than scaremongering and desperate bids for airtime.’

Ghani also praised other proposals that are sure to have a positive impact on the UK, including changes to business rates, ambitious plans to manage the current climate crisis, and the new National Skills Fund.

On these matters she added:

‘We are making Britain a friendlier and fairer place for businesses, whilst also encouraging people to learn new skills or perfect the skillset they already have. All this while aiming to become the first ever generation to leave the environment in a better state than when we inherited it, through a tough, comprehensive approach to our impact on the Planet.’