The Trade Bill and the Alton/Ghani Genocide Amendment 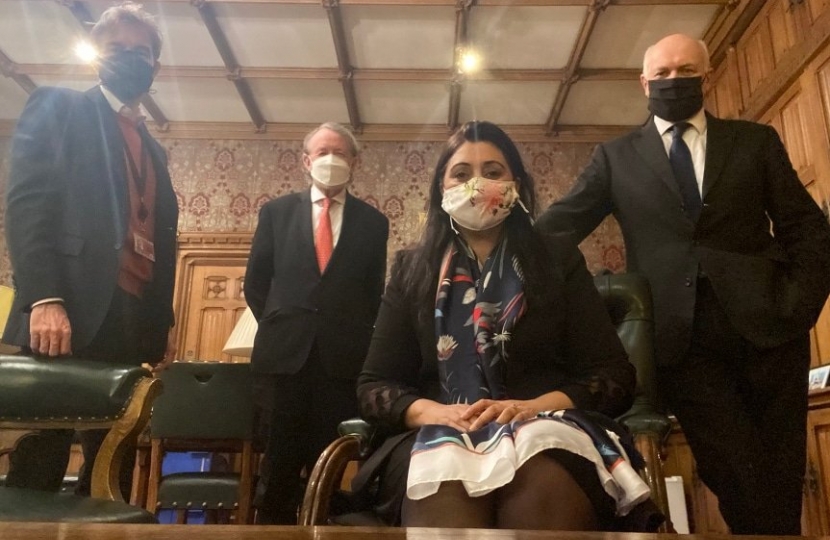 The Trade Bill and the Alton/Ghani Genocide Amendment

Securing huge advances for human rights and genocide around the world.

The historic legislation passed on Monday, thanks to our campaign, ensures that our new found trading freedoms outside the EU will not be used to allow us to trade with states that commit genocide, implicate us by putting slave labour in UK supply or enslave their own people without scrutiny.

This is what the people voted for when they asked us to ‘take back control’ and the British public can now be assured that we will continue to be a world-leading power for human rights and genocide. Brexit was not a vote to downgrade British values, but for Britain to play a leading role in the world.

We repeatedly raised reports of horrific conditions facing the Uyghur and other minorities in prison factory camps in Xinjiang’s,  slave labour in cotton fields, the state organised violation and abuse of women, the forced sterilisations, and the incarceration of over a million Uyghur. Before we started the campaign, the plight of the Uyghurs was barely whispered in the corridors of Westminster – now it has been shouted and etched into Westminster thinking.

Due to the pressure we exerted on Government, the Foreign Secretary also announced targeted sanctions against five Chinese officials and corporations complicit in the situation in Xinjiang on Monday 22 March. This is a significant win and the first time our Government has sanctioned Chinese officials under the current regime.

Finally, we didn’t secure the Alton/Ghani Genocide Amendment but with the Governments compromise we have established a process and principle that trade and genocide are linked. Never again will any country be able to commit genocide on their own people safe in the knowledge that it will be overlooked by the British Government or British businesses.