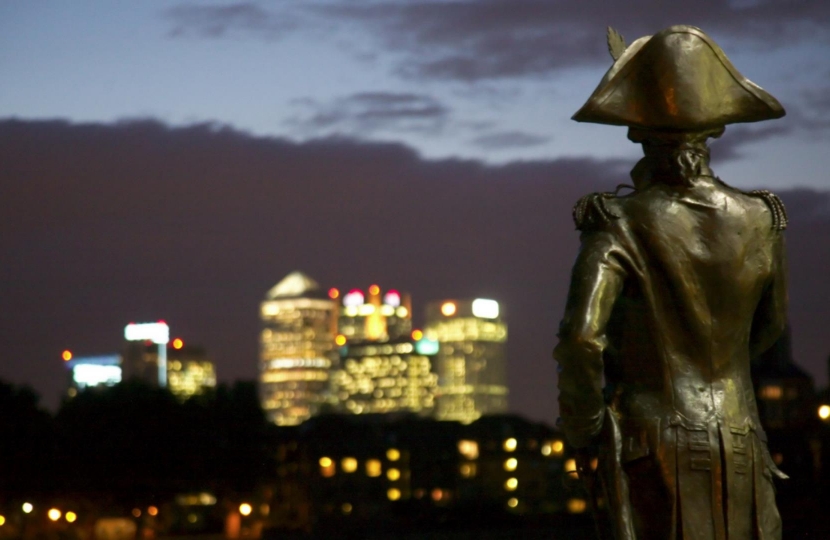 September 2021: London International Shipping Week 2021 brought together some of the most exciting, innovative, and experienced minds in the world of shipping and maritime. Running from the 13th to 17th of September, Nusrat, herself a former Maritime Minister who oversaw the launch of Maritime 2050 strategy and the Women in Maritime Pledge, attended a series of events and speaking opportunities throughout the week. Here she recaps her highlights.

London International Shipping Week opened with the anniversaries of two great organisations: the International Chamber of Shipping celebrated its centenary, whilst the International Marine Pilots Association turned 50. Both are based in the UK and do invaluable work for the entire industry. With this in mind, on Monday morning I set out some thoughts in a piece in PoliticsHome making the case for Britain to become a global environmental leader in the maritime sector. This built on a report I produced last year for the think tank Policy Exchange, titled “A Global Maritime Power”. It was fantastic to see the Government launch a UK Shipping Concierge service on that morning which will "provide support and guidance for maritime businesses looking to access the UK market" and I hope they continue to make proactive policy choices. 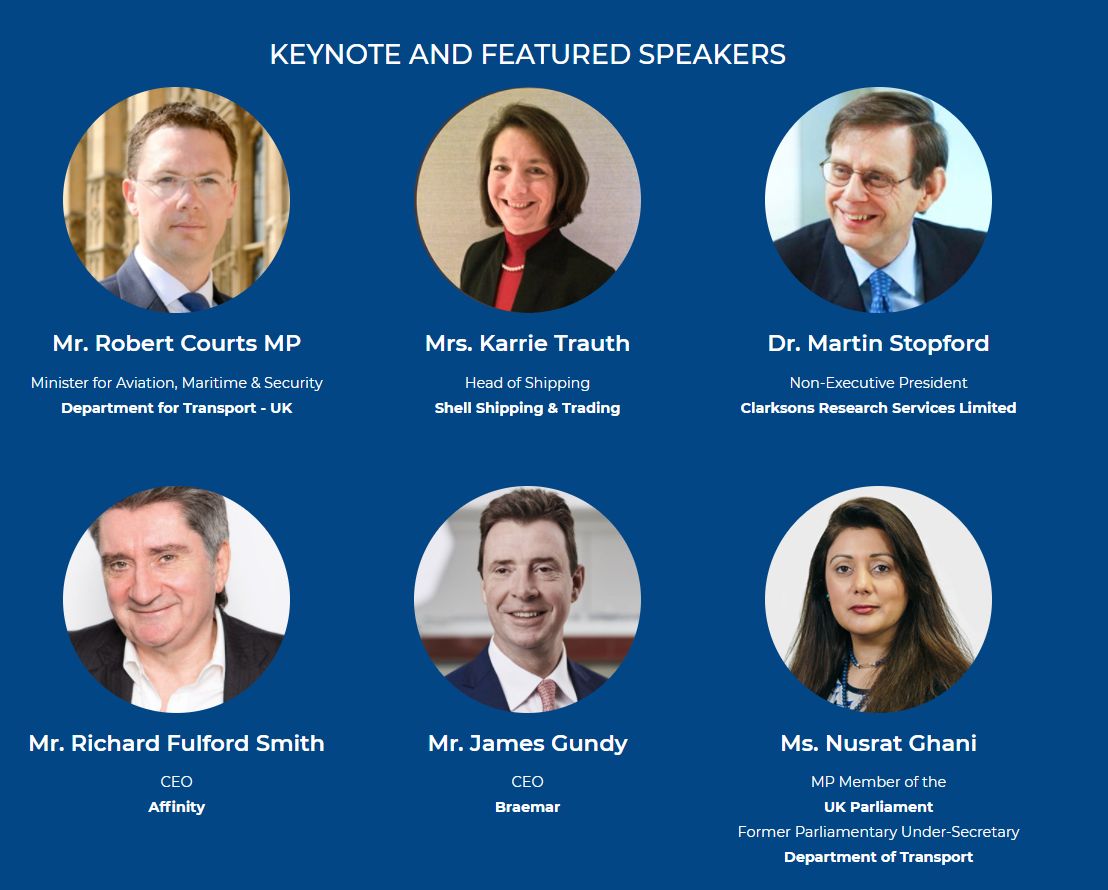 In the evening, I was honoured to be a keynote speaker at Capital Link’s 14th Shipping and Marine Services Forum. In conversation with Maritime London Chief Executive Jos Standerwick, I discussed a wide range of topics, from the advantages of IPOing on the London Stock Exchange through to environmental movements the industry is undergoing. With over 1,3000 registrants from 80 countries, the entire discussion can be viewed here.

I attended several more events throughout the week, including Port of London Authority, Thames Freeport and International Maritime Association events up and down the Thames and across the city, and a reception on the HMS Albion. Here, I heard from industry leaders about some of the challenges they have faced throughout the pandemic, but also some of the opportunities that have come through. It was great to hear about DP World showing continuing faith in our maritime sector by investing $414.9m in a fourth berth at London Gateway, and I warmly welcome the opening of a new cruise terminal at Southampton. 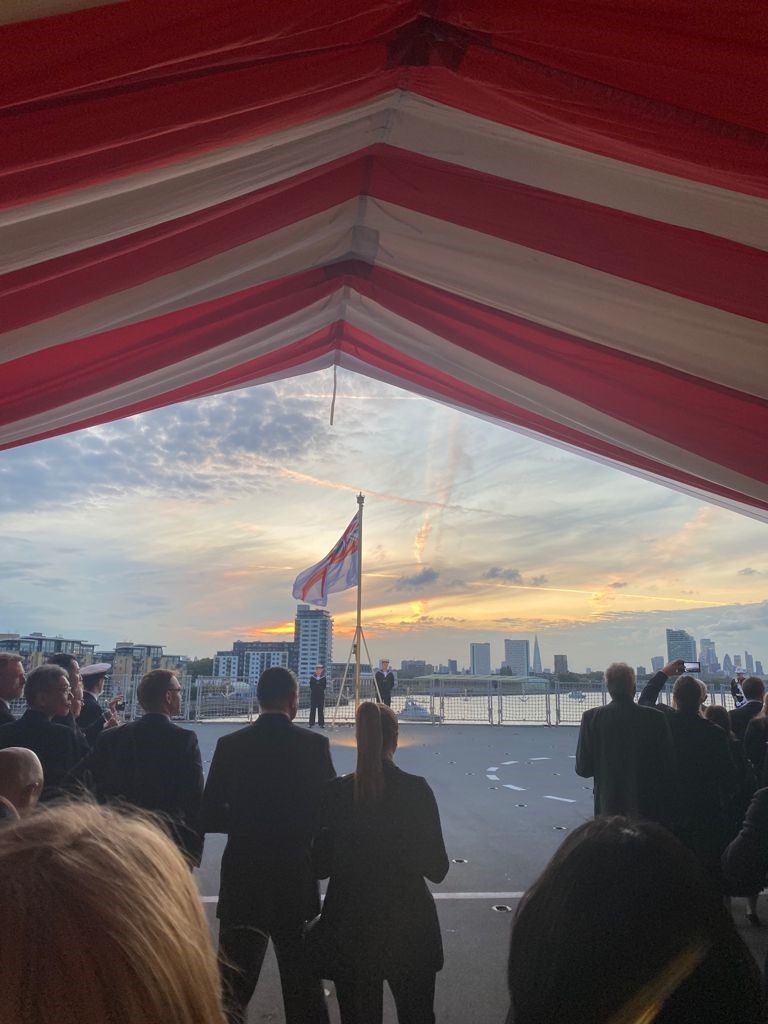 On Wednesday, I was invited to give a speech at Maritime UK’s Women's Summit at Norton Rose Fulbright. As Maritime Minister, I oversaw the launch of the Women in Maritime Pledge, landed the world’s first Transport and Accessibility programme, and secured significant funding for the Maritime and Me campaign. As a Minister for the Year of Engineering, we ensured that Government focussed on young girls, especially those from deprived backgrounds, making sure they were encouraged to consider careers in rail, road, aviation and maritime. We exceeded her goal and reached over a million young people.

Given this, my speech emphasised the critical need to champion diversity in the sector and across industries at large. Also on the panel were Liz Moscrop, who chairs Women in Aviation International, Adeline Ginn, chair of Women in Rail, Sonya Byers, CEO of Women in Transport and Sue Terpilowski, founding Chair of the Women in Maritime Network. They gave wonderful speeches and are true diversity champions. 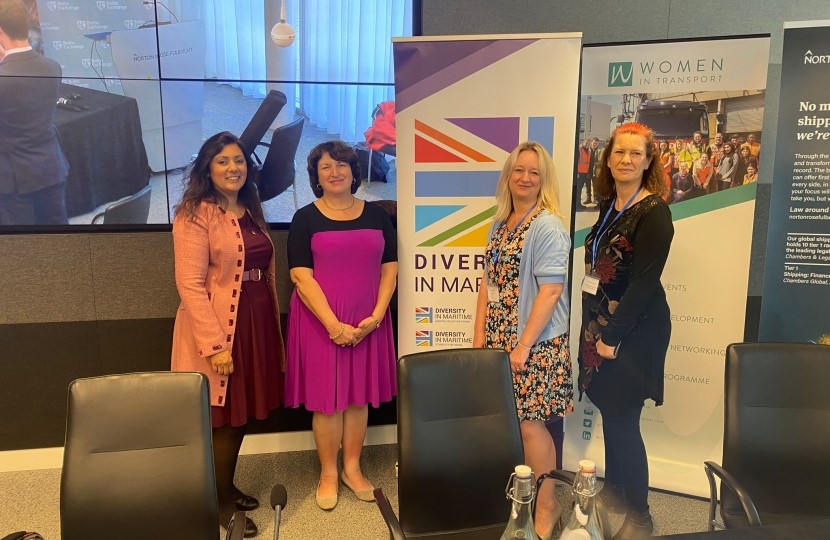 In my speech I outlined my belief on why diversity is not a side issue; it's fundamentally, economically, and morally an issue of success or failure. There are two reasons for this. First, diversity leads to more creative thinking and reduces the risks of groupthink and bias, which leads to better economic outcomes. Second, it is the right thing to do, reflecting our diverse society and progressive ambitions as a country. McKinsey recently found that companies with more than 30% women executives were more likely to outperform companies where this percentage ranged from 10 to 30, and in turn these companies were more likely to outperform those with even fewer women executives, or none at all. A Harvard School of Public Health study found companies with the highest number of female directors on their boards had a 42% greater return on sales. Separately, the CFA Institute found companies lacking board diversity tend to suffer more governance-related controversies than average. The economic argument is there.

Thursday evening was the wonderful LISW Gala Dinner at the National Maritime Museum. Robert Courts, the Minister for Maritime, delivered a great speech.

On Friday, I concluded the week by hopping on a train with the team to Liverpool to attend Mersey Maritime's Award Ceremony. After a tough 18 months, it was fantastic to see so many old faces and have everyone gathered to recognise outstanding work in the sector. A huge thank you to the Mersey Maritime team who always put on an outstanding show.

We are blessed in this country to have a maritime sector overflowing with sharp minds and world-leading companies. A huge thank you to the LISW team for running a fantastic week as usual, and for bringing together policymakers, industrialists, tech geeks and everyone in between across these events. Bring on Athens 2022!

Closer to home, we now have to ensure that COP26 reflects the progress of the maritime industry and I look forward to seeing everyone in Glasgow.