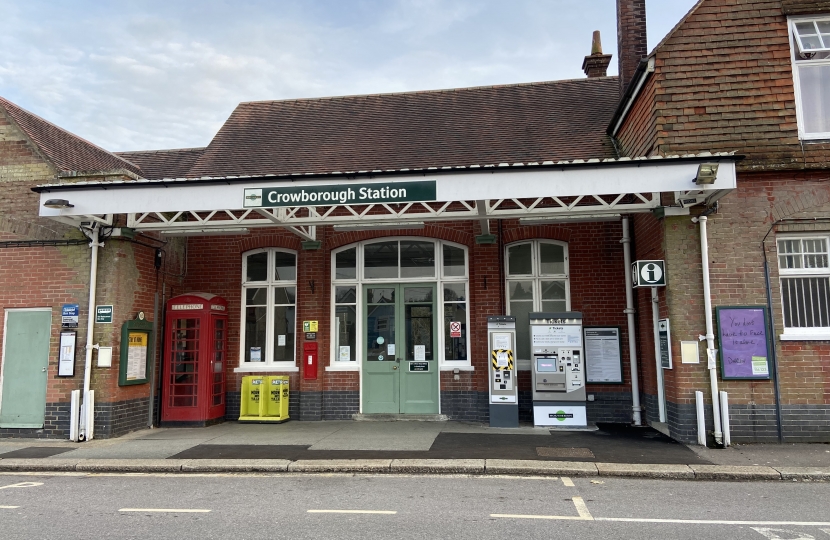 Nus Ghani, MP for Wealden, is delighted that her successful campaigning to secure improvements to train stations in Wealden continues to have an impact, with further upgrades scheduled for this spring.

In December 2018, the Government announced it was holding Govia Thameslink Railway (GTR) to account for their role in the unacceptable performance following the introduction of the May 2018 timetable. As a result, GTR would contribute £15m towards tangible improvements for passengers, known as the Passenger Benefit Fund.

After an extensive consultation process, the final stage of the GTR programme is being delivered and train stations on the Uckfield line will benefit from various improvements.

Crowborough, Buxted, Uckfield and Eridge train stations have been allocated £30,000 each to carry out the following improvements by March and April 2021:

Nus has previously secured multi-million-pound funding for Eridge and Crowborough stations to gain accessibility improvements as part of the Access For All Fund. The existing staircases and bridge at Eridge station were removed last year and replaced with a new, modern footbridge. A new lift shaft will also be constructed later this year, while construction of accessibility improvements to Crowborough station are expected to being in spring 2022.

Nus Ghani said: “Securing improvements to rail services in Wealden remains one of my priorities. I am pleased that in addition to the ongoing extensive works at Eridge to ensure stap-free access, further improvements will be made to Crowbrough, Buxted and Uckfield stations. This is fantastic news and the upgrades will have a positive impact on passenger experience for many Wealden residents using the line to commute to London, or for those visiting the Spa Valley Railway.”