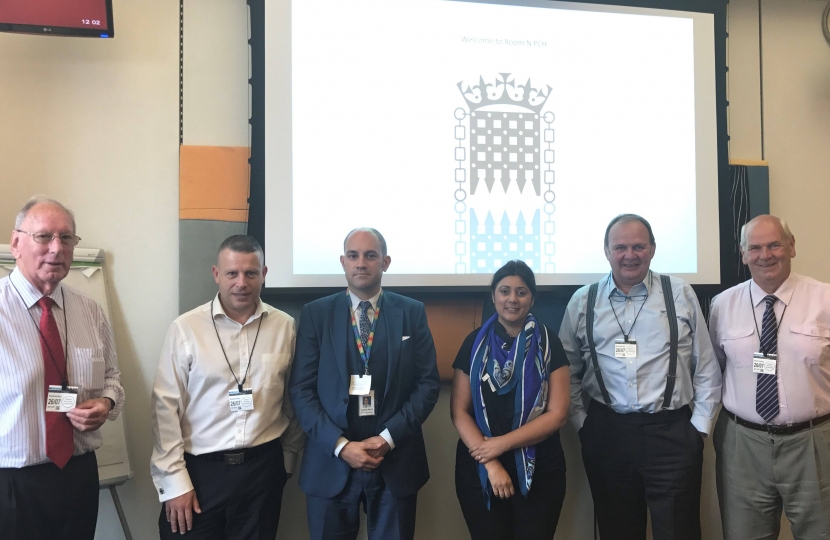 Today, Nus chaired a roundtable in preparation for a meeting with the Secretary of State for Transport, the Rt Hon Chris Grayling, in the autumn. The roundtable was attended by key local rail stakeholders, including: representatives from the East Sussex Rail Alliance, Network Rail and Transport for London, Cllr Keith Glazier (Leader of East Sussex County Council and Chairman of Transport for the South East), and representatives from the offices of the Rt Hon Amber Rudd MP, Huw Merriman MP as well as the Special Adviser to the Secretary of State for Transport.

The roundtable was an opportunity to discuss in detail the case for the modernisation of the railway in East Sussex as well as the possible electrification of the Uckfield Line. There is a strong argument for modernisation, with a transition to electrified, or even battery powered, trains bringing about an increase passenger capacity, improved service performance and better timetabling.

Nus will also host a Rail Summit in Wealden in the autumn in order to provide further opportunity for all of the relevant parties to discuss the case for the modernisation of the local railway.

Commenting on the situation, Ms Ghani said: “It is of vital importance that a reliable and efficient train service is delivered on the Uckfield line in both the long and short term. We need to make sure that we have the strongest possible team championing improvements on the Uckfield line and maintaining pressure on the Department for Transport to improve the rail network in East Sussex.

In order to secure long-term dependability, our part of the network must be modernised. With secure finances and sound planning, the full modernisation of the Uckfield line could be delivered in three to five years. I will continue to work with local stakeholders as well as my Ministerial colleagues in the Department for Transport and Network Rail in order to see that this project is given the priority it deserves.”