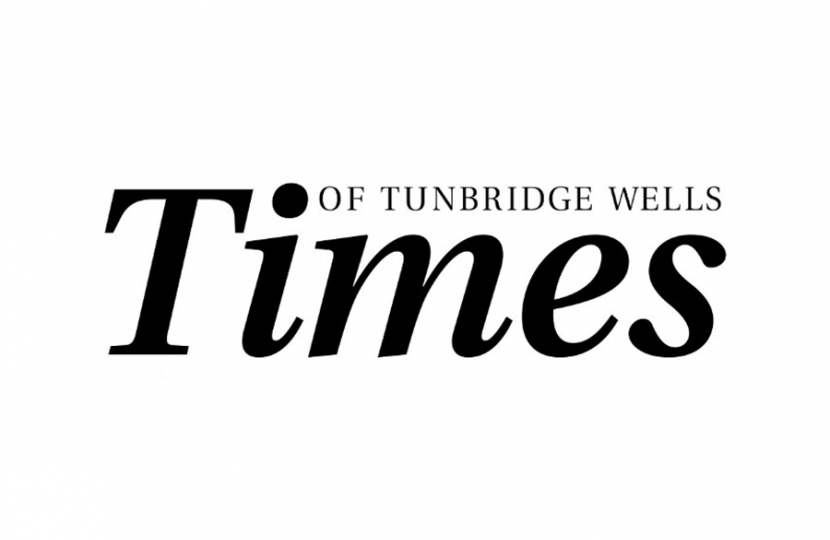 Crowborough’s long-awaited new police station, converted from the old Town Hall on The Broadway during the pandemic, was unveiled on Wednesday September 8 in the presence of Sussex Police & Crime Commissioner Katy Bourne and other notable figures.

Wealden MP Nusrat Ghani was also due to attend but was called away to Parliament for urgent proceedings. Wealden District and East Sussex County Councillor for Crowborough Philip Lunn delivered Ms Ghani’s words of thanks in her place, saying the new police station was ‘fantastic news for Crowborough’.

The new £660,000-plus town centre facility has been described as ‘an exciting project’ and came in response to call from local people for a more accessible police station. As the culmination of work with partner agencies to respond to the needs of the community in the north Wealden area, it will have a front office counter to serve the public and will also provide more modern working facilities for police teams.

In autumn 2019, the Sussex Police & Crime Commissioner [PCC] purchased the former Crowborough Town Council building on The Broadway for £315,000 plus fees to convert it to a new police station. This now replaces the former police station on Crowborough Hill in Jarvis Brook.

Following the challenges of 2020, renovation started last autumn to provide a fit-for-purpose, modern base at what is said to be a further cost of £345,000.

Members of the Wealden Neighbourhood Policing Team [NPT] will now be based in the new town centre facility and the front office counter will be more easily accessible to the public. These were important factors for the communities of Crowborough, as mentioned in a consultation run by Sussex PCC Katy Bourne in March 2020. Mrs Bourne said she had responded to ‘exactly’ what local people told her they wanted.

She commented: “I am delighted that Crowborough will have a new police station to give residents a real sense of community policing. From my consultation in the town last year, I know that this has been missed in recent times and will be warmly welcomed by local people. I’m looking forward to seeing the new police station acting as a real hub of the community, providing reassurance and protection to Crowborough as well as to the neighbouring rural areas. The more central location of the new station will house members of the neighbourhood policing team, making them a genuine part of the town and more visible to residents. This is exactly what local people told me they wanted.”

With its central location, officers will be able to spend more time proactively policing the community and tackling local issues, with less time travelling between hubs. It will enable officers and staff to focus on proactive problem-solving initiatives, addressing local concerns and the policing priorities for the area. The NPT will be working with the community and partner agencies to manage and resolve long-term issues and will provide consistency of contact.

Wealden NPT Inspector Kendal Wells said: “This has been an exciting project to be involved in and the opening of the new station will be really positive news for the communities of North Wealden. Officers and staff see this as an excellent opportunity to work from a new base and I know they cannot wait to get started.”

While the new building is primarily a new Wealden Neighbourhood Police station, other teams such as Response, the Roads Policing Unit, the Rural Crime Team and others will be regular visitors. The station was officially opened on September 8, with PCC Katy Bourne, Temporary Assistant Chief Constable Jayne Dando, Wealden town and parish councillors and Sussex Police staff and officers attending.

The Divisional Commander for East Sussex, Chief Superintendent Tanya Jones, added: “Ultimately the move to this central location provides a more accessible and visible presence to help with community policing and working together as one to address issues. Visiting a police station is one of the ways the public can report crime or contact a member of Sussex Police. We are committed to providing services that meet customer needs and understand the value placed upon being able to visit a police station face-to-face, alongside providing a wide range of contact options over the phone and online.”

Cllr Philip Lunn, a member of the Police & Crime Panel, relayed a message from local MP Nus Ghani in her absence. She said: “The new police station is fantastic news for Crowborough. It is a great asset and I’m pleased that the neighbourhood policing team and the rural crime team can continue to grow from strength to strength and support our communities. This new location provides a more accessible and visible police presence to help keep communities in Crowborough and north Wealden safe and deliver a better service. Many thanks to the Sussex Police & Crime Commissioner Katy Bourne, Chief Inspector Alasdair Henry and Inspector Kendal Wells of the Wealden Policing team, and David Lewis and Siobhan Wiltshire of Sussex Police Estates department, who helped to manage the project. I look forward to working very closely with the expanded team based in Crowborough.”

The front office at the new police station opened at 12.30pm on Thursday September 9, and regular opening times are Monday to Friday from 10am to 2pm.

The old police station is being sold for a guide price of £1,250,000, with funds raised to be put towards policing.