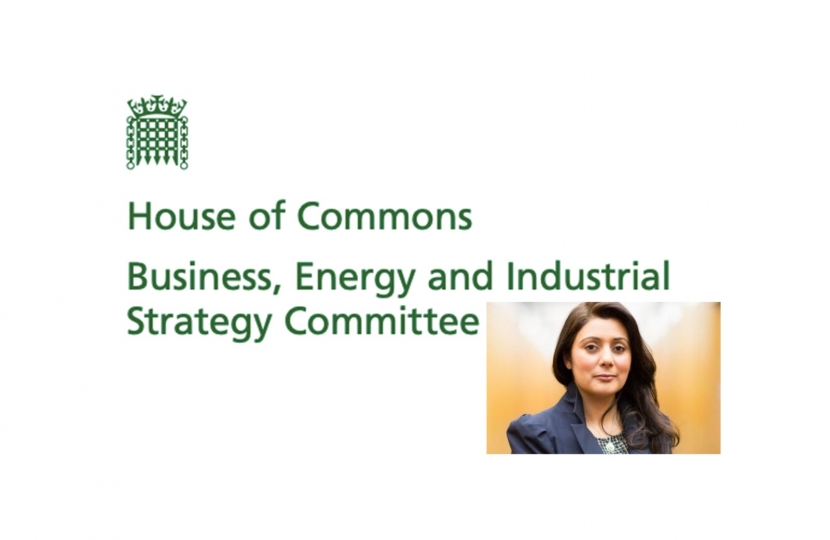 Nus, who led the Inquiry, said:

For this inquiry, the BEIS Committee heard from a variety of witnesses including Boohoo, H&M, TikTok, The North Face, and Nike.

The report expresses concern about the potential flow of information between TikTok UK, its parent company ByteDance Ltd and other subsidiary companies (such as ByteDance (HK) Ltd), which could be subject to China's National Intelligence Law. The BEIS Committee invites TikTok to publish independently verified governance and data flow arrangements to confirm full legal separation between TikTok UK and other ByteDance Ltd group companies.

The report finds it “clearly unacceptable” that Boohoo was found to have only minimal data about the different tiers in their supply chain, resulting in labour abuses in the UK. However, the report welcomes Sir Brian Leveson’s review at Boohoo and encourages other companies to undertake independent inquiries into their due diligence policies.

The report notes that the Committee is “deeply disappointed” that The Walt Disney Company declined the invitation to give oral evidence, and to engage meaningfully with the Committee’s inquiry, and finds that Disney still has many questions to answer relating to its conduct in Xinjiang, principally in relation to the production of Mulan in the region.

The report includes a series of recommendations to strengthen the Modern Slavery Act 2015 and strengthen the UK sanctions regime. The report also calls on the BEIS Department to commit to full transparency in terms of official development assistance channelled to China.

The full report can be read here.