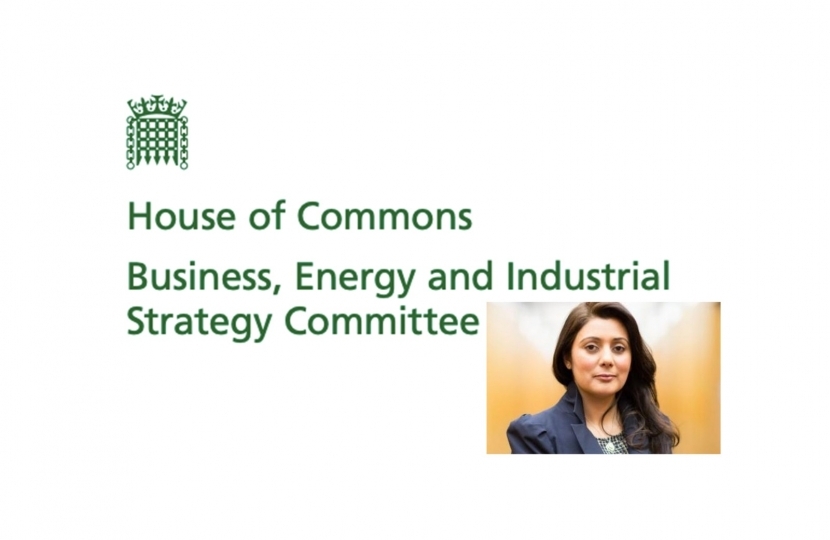 Nusrat Ghani, MP for Wealden, is part of the Business, Energy and Industrial Strategy Committee. Darren Jones MP, Committee Chair, has written to Sanjeev Gupta with a series of questions relating to the Committee’s inquiry on Liberty Steel & the future of the UK steel industry.

Sanjeev Gupta refused to give oral evidence in public to the Committee’s inquiry. Mr Gupta has indicated he would answer questions in writing.

The Committee’s correspondence to Mr Gupta covers a number of areas relating to the BEIS Committee’s inquiry, including:

The question topics of the letter mirror the subject areas which would have been raised in the previously scheduled public evidence session with Mr Gupta.

The BEIS Committee has today also published correspondence from Lex Greensill in response to questions from the Committee.

“In the evidence we have heard so far in our inquiry, a story has emerged of the unusual extent to which Sanjeev Gupta personally controls the finances of Liberty Steel and its associated companies. Liberty Steel companies have received hundreds of millions in taxpayer-backed loans and the GFG Alliance has been in receipt of millions more in Government guaranteed-funding.

Given the taxpayer’s considerable exposure to GFG Alliance, it is right for Parliament, and the public, to expect Mr Gupta to emerge from behind his lawyers and come forward with meaningful responses to key questions relating to Liberty Steel and the GFG Alliance.”