I will wear China’s sanction as badge of honour 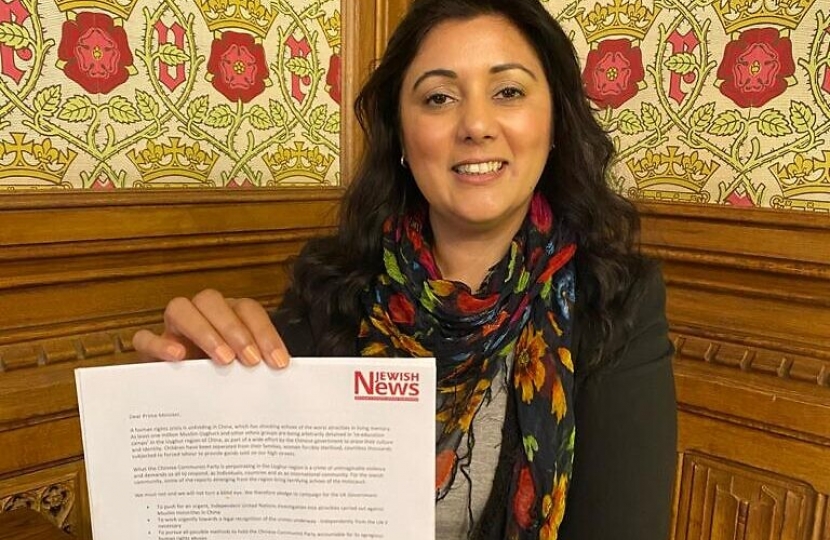 Last Friday, I woke up to find that I and several of my colleagues had been sanctioned by the Chinese Government for highlighting horrific human rights abuses and the plight of the Uyghurs in Xinjiang, China.

These actions are not only an attack on us as individuals but also an attempt to stifle the free and open debate that is at the heart of our parliamentary democracy. And these sanctions reveal the true nature of the Chinese Communist Party; unwilling to face scrutiny, unable to take criticism, and aggressive and threatening in their response. The Prime Minister and the Foreign Secretary were superb in offering their support and solidarity to us sanctioned Parliamentarians.

I will not be intimidated or silenced by Chinese Communist Party sanctions and neither must our Government. It is a sign of weakness that, rather than allowing the UN full access to Xinjiang, the Chinese Government has resorted to sanctioning those who draw attention to the issue.

My colleagues, and the Foreign Secretary Dominic Raab, have been clear on this: if China wants to prove the reports emerging from Xinjiang are false, they must let the UN Human Rights team visit the region with unfettered access, and let them see and talk to whoever they want. This is not a significant or difficult request, and should be easy to accommodate.

I will continue to use my freedom to raise the plight of the Uyghur and I will take this sanction as badge of honour. Intimidation will only serve to redouble mine and my colleagues’ efforts.

Our Government must demand that the Chinese Government gives full and meaningful access to Xinjiang and the Uyghurs imprisoned in the camps through the region, and opens the way for international investigations into the alleged abuses.

The sanctions imposed on me are nothing in comparison to the mass abuses that are taking place against the Uyghur and I hope the UK Government will continue to take the lead, along with others around the world, in standing up for international law and democratic values.

It’s been amazing to see the support Jewish News has offered these campaigns. This paper has truly stood shoulder to shoulder with the Uyghur people, and played a pivotal role in raising the issue to a mainstream audience. I could not be more grateful.

You can read the article online here.