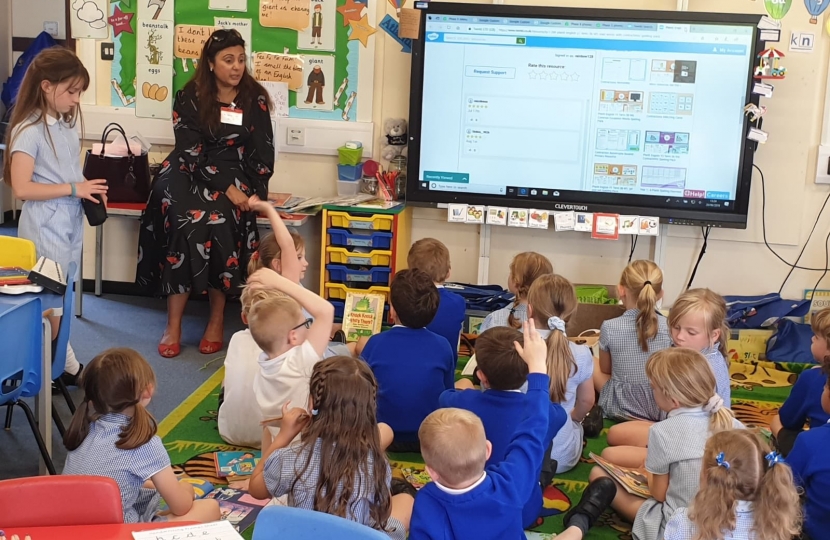 On her visit she was accompanied by Councillor Rupert Simmons, and she was taken on a tour by students.

The pupils showed Nus their work on the first ever International Street Children Cricket World Cup. This has been used as an inspiration for work on British values, as well as discussions about the plight of street children and homelessness.

The students also had an opportunity to ask Nus questions about local issues, including Brexit, the Environment, Ocean Health and Recycling, where she highlighted the important work being done both domestically and internationally by the government to cut carbon emissions, reduce air pollution, and protect our oceans.

“Leadership hustings are nothing compared to the tough questions I received from our young people! It’s a testament to the holistic, inclusive, education that they are receiving at Mayfield Primary that they are so well informed about the world.

“They are a credit to their school, and we should all be very proud of the fantastic teachers that are preparing our young people so wonderfully for the world.

“Thank you especially to Sid and Yvie for being such wonderful hosts and showing me around their school!”