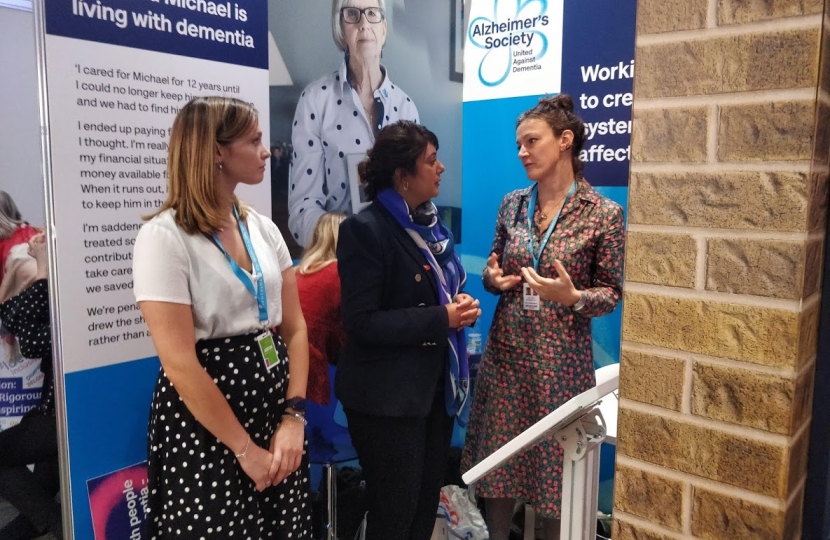 Nus Ghani, the MP for Wealden, has met with Alzheimer’s UK in a bid to support carers across Wealden who look after loved one’s suffering from Alzheimer’s.

Since 2015, Nus has been a Dementia Friend, an initiative run by Alzheimer’s UK that gives people a better understanding of dementia and how they can help.

In the UK, one in six people over the age of 80 have dementia. Alzheimer’s UK are a nationwide charity who work to reduce the impact of dementia and improve care and support practices.

As the MP for Wealden, Nus has been a constant supporter of charities working with dementia, including as a former Chair of the All Party Parliamentary Group for Older People, as well as hosting and running debates in the House of Commons and launching the Sussex Elders’ Commission report in 2016 which addressed safety for older people.

Nus Ghani, MP for Wealden, said: “Dementia affects so many of us, and I am immensely proud of all our wonderful carers in Wealden who provide a better quality of life for people suffering from dementia.

“Alzheimer’s UK are such an important charity, and I was pleased to be able to meet with them to discuss what more we can do to support our carers.

“I’m a proud Dementia Friend, and I will continue to work with my colleagues in Government as well as local and national charities to tackle dementia and support everyone affected by it.”