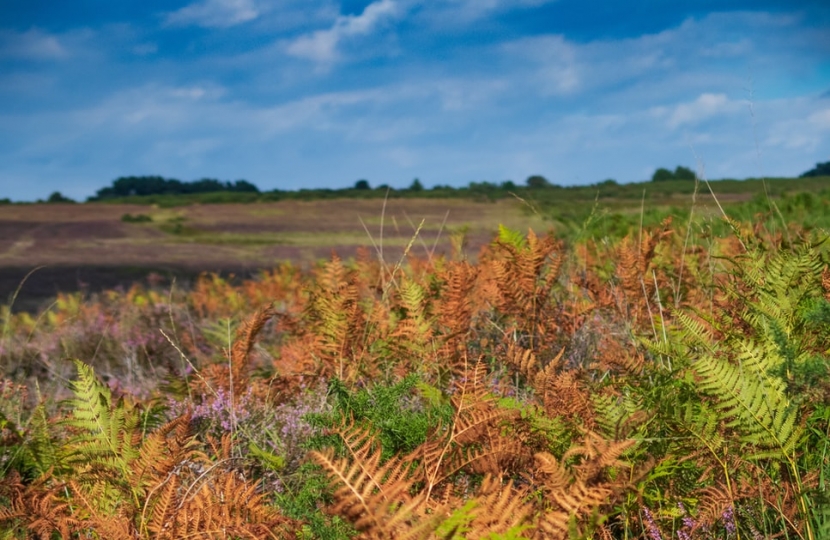 The Ashdown Forest Conservators consists of a small team of staff, including four rangers who cover each of the chases. In addition to the staff, 150 volunteers give up their time to keep the Forest ticking along, from helping in the shop to litter picking across the heathland.

One of the major issues facing the Forest is out of control dogs, largely from visitors who don’t abide by the rules aimed at protecting the Forest’s environment. Recent surveys suggest that 90 percent of the 4,500 daily visitors are dog walkers.

The Environment Secretary set out ambitious plans to treble tree-planting rates in England, restore at least 35,000 hectares of degraded peatlands and set a new world-leading target on species abundance for 2030, aimed at halting the decline of species. We are putting our wildlife and natural environment at the heart of our green recovery, boosting biodiversity and creating thousands of new jobs as we accelerate towards net zero by 2050 and build back better and greener. 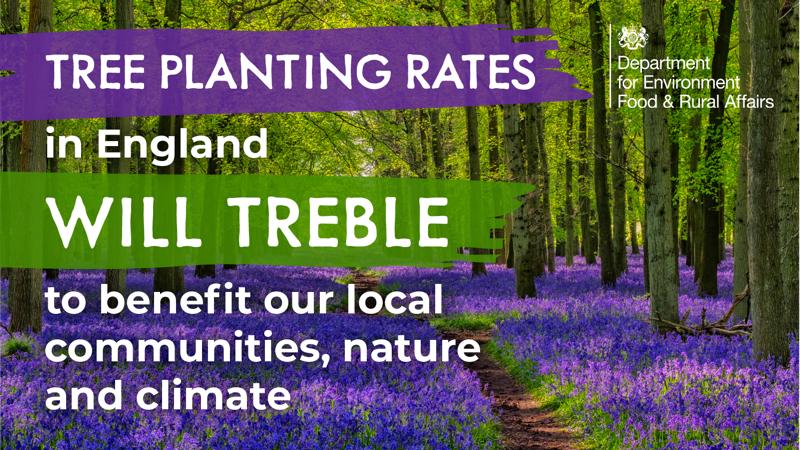 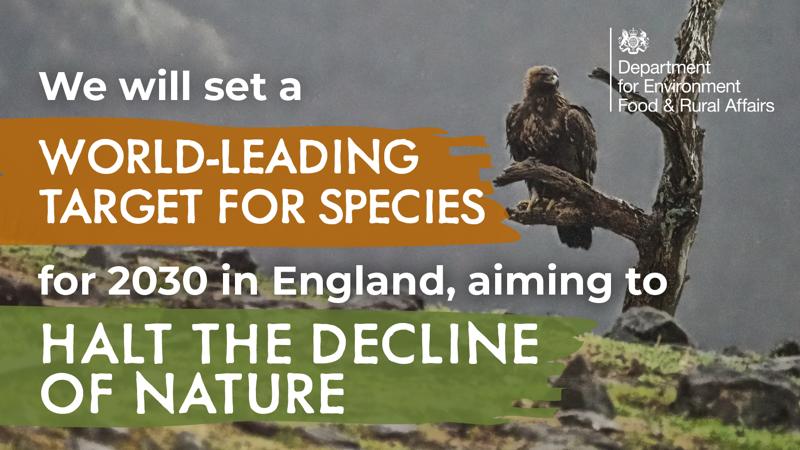 I secured a £20,000 grant from the Environment Agency to improve fish spewing opportunities in the Eridge Stream. A combination of land use issues, in-channel structures and bank erosion were obstructing access restricting fish communities from reaching their full potential. Tonnes of High Weald ironstone gravel as well as wood were introduced to the stream to form new spawning sites for trout and other fish and change the stream to a more favourable habitat of fast-flowing ripples. The success of the project is already showing as new colonies of fish have been spotted in the improved section of the stream. The habitat improvement project on Eridge Stream and the growth of its fish population will be of great benefit not only to the members of the angling clubs, but also to the local environment as a whole.

I am supporting “Do the right thing!”, a campaign launched by Wealden District Council to

I'm pleased that as part of this campaign, additional new general waste and dog waste bins have been installed across the area and that Highways England are working on multi-agency response to prevent people from throwing rubbish from their cars. I urge everyone who visits our beautiful countryside, from Wealden or further afield, to do the right thing and make sure to bin their rubbish, or take it home if unable to find a bin nearby.

I am pleased to have awarded Neil Kerridge, otherwise known as “One bloke with a litter picker” with the Wealden Hero Award for his fantastic efforts making Wealden litter-free.He dedicates his free time remove litter from the roadside along the area's main roads and has also recently expanded his work to straightening and cleaning road signs, which inspired others to do the same all over East Sussex.

After speaking to the Waste Recycling Action Group (WRAG), which has an overwhelming support in the community, I held a virtual meeting with the leader of the East Sussex County Council and WRAG representatives, to discuss the future of the Recycling Centre in Forest Row. I have previously campaigned against the closure of the recycling centre in Forest Row and backed the project. I am keen to help local residents in their quest to reopen the centre as community asset. The Forest Row Recycling Centre would be a great place for Wealden residents to dispose and repurpose their waste safely and considerately.

The proposals suggest that the site could be a space to dispose of recyclable waste such as metal, small electrical goods or wood, but also a space to dispose of waste that is not currently segregated by Wealden District Council. Additionally, WRAG would like to set up a community shop, where disposed items could be repaired and sold for reuse. This would aid in educating the community about waste and environment, as well as create local jobs.

I am supporting the Zero Carbon Tour of the UK’s first fully electric coach launched by Wealden-born company, Planet Mark.

Planet Mark is a company founded by a Wadhurst resident Steve Malkin. Their Carbon Battle Bus was launched at the Houses of Parliament today (9 June 2021) and will be touring the country for the next few months, encouraging local businesses and communities to take immediate action to reduce their carbon print and meet net zero targets. The tour will culminate at the COP26 summit in Glasgow in autumn 2021.

Buses are a key public transport system and it is vital that we work towards making them cleaner and greener. I led on the environmental aspect of bus transport during my time as Transport Minister and launched 263 new low emission buses and a £48 million investment into new green vehicles and infrastructure in 2019. We need to empower individuals, communities and businesses to go green and I am proud that a Wealden-born company is leading this zero carbon initiative. 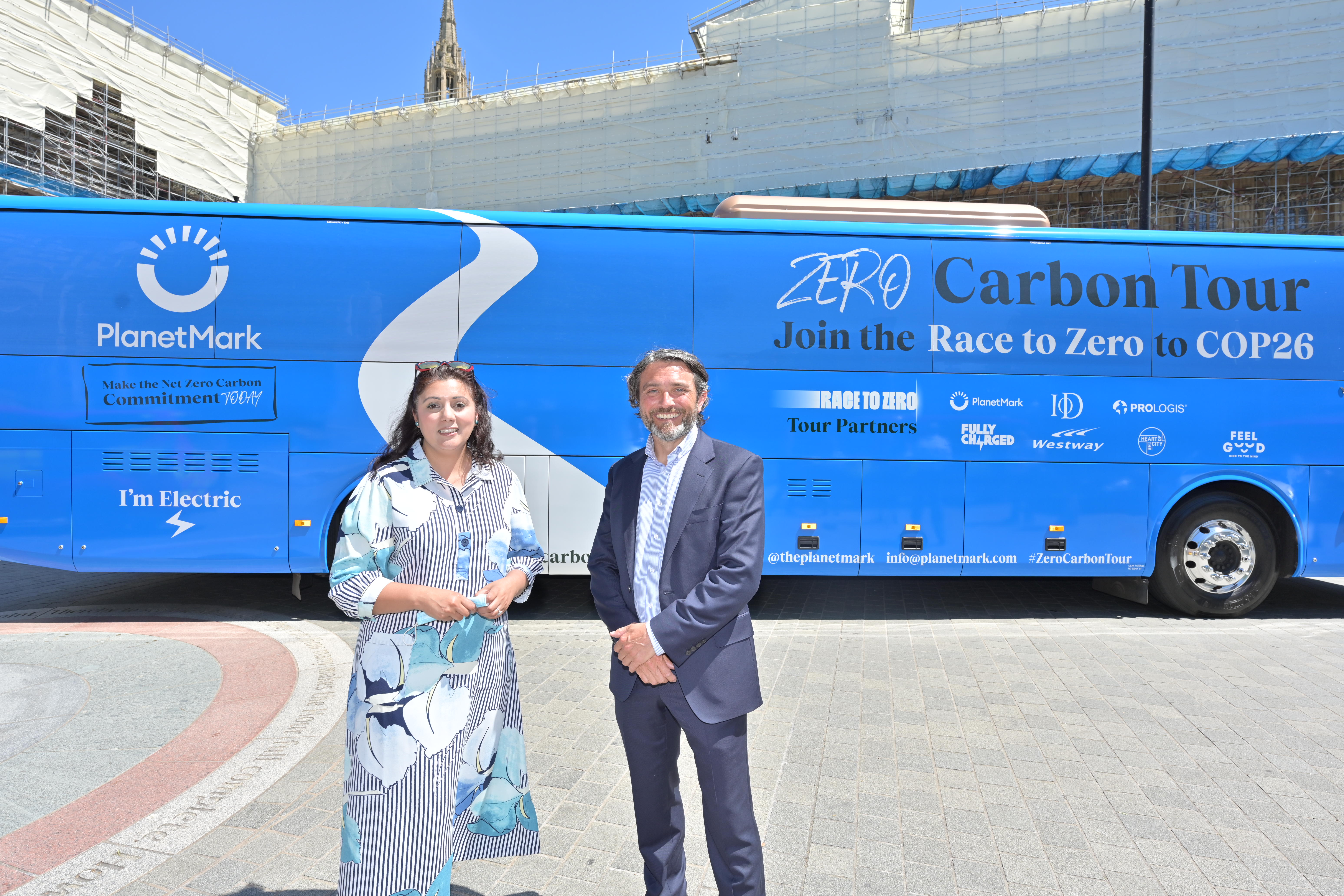 Nusrat Ghani, MP for Wealden, has welcomed recent progress regarding the future of the Forest Row Household Waste Recycling Site.

Nusrat Ghani, Conservative MP for Wealden, has awarded Neil Kerridge, otherwise known as “One bloke with a litter picker” with the Wealden Hero Award for his fantastic efforts making Wealden litter-free.

Affectionately known as “One bloke with a litter picker”, Neil Kerridge has been presented with a Wealden Hero Award for helping to keep the streets and verges of Uckfield litter-free. Wealden MP Nusrat Ghani gave him the award for his extraordinary efforts.

The latest Wealden Hero has been crowned!

Nus Ghani MP for Wealden, has awarded Neil Kerridge, otherwise known as “One bloke with a litter picker” with the Wealden Hero Award for his fantastic efforts making Wealden litter-free.

Nusrat Ghani, MP for Wealden, has awarded Neil Kerridge, otherwise known as “One bloke with a litter picker” with the Wealden Hero Award for his fantastic efforts making Wealden litter-free.

Nus Ghani MP backs campaign to tidy up her constituency