Standing Up For Our Armed Forces 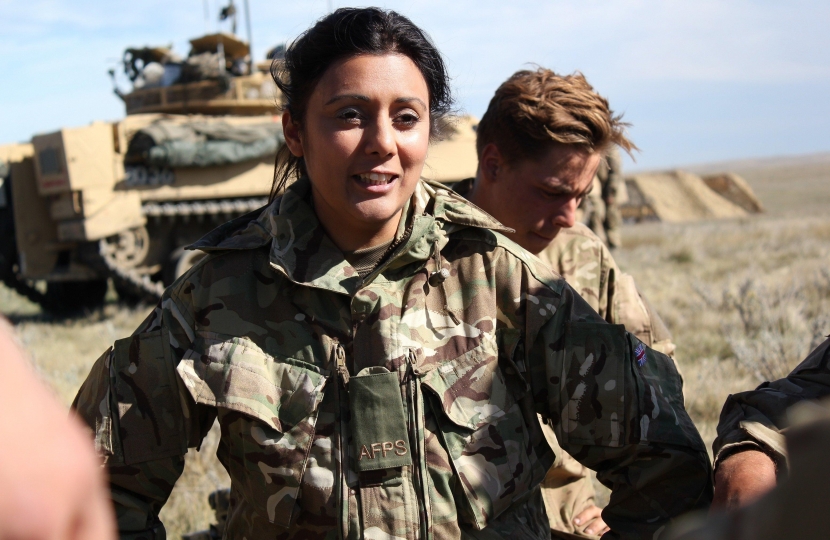 The security of the United Kingdom and the British people depends on many things, not least our economic security, but ultimately we depend on the British Armed Forces to keep us safe at home and abroad.

I consider it my first duty to do whatever I have to do to keep the people of Wealden safe. One of the best ways in which I can do that is to support and stand up for our Armed Forces in Parliament.

I am so proud to be a member of the Armed Forces Parliamentary Scheme, a programme which gives MPs and peers experience of the Armed Forces in order to improve the quality of debate on defence issues in Parliament, and so that we can better stand up for the interests of service personnel. I am particularly humbled to be attached to the Royal Air Force.

As a member of the scheme, I visit military facilities, meet with servicemen and servicewomen of all ranks, receive briefings about the issues affecting our Armed Forces, and take part in trips to British military bases abroad. For example, I was delighted to visit the British Army Training Unit Suffield in Canada, where I spent time hearing and learning from soldiers who have been on operational tours to Iraq and Afghanistan, met the spouses of our service personnel and heard about their experiences, and engaged in discussion about the pressures of conflict on mental health and family life.

As a member of the Committee, I scrutinised the Bill and reported back on it to the House of Commons. I was particularly pleased to raise the issue of compensation for servicemen and servicewomen who have contracted the cancer disease mesothelioma because of exposure to asbestos. I urged the Armed Forces Minister to review the current situation urgently and we are awaiting news of his decision.

I regularly speak in debates on national security and defence issues, and ask questions of senior Ministry of Defence officials.

Early in 2016, I asked the Prime Minister what he was doing to protect veterans who are being hounded by law firms as part of spurious legal investigations into the behaviour of service personnel during the Iraq War. I also spoke in the debate on the subject which took place later that day.

I am also thrilled to be backing the Homes for Heroes Foundation, which seeks to tackle housing problems faced by ex-service personnel.

Finally, it is a high honour to lead tributes to the nation’s, and Wealden’s, war dead when the nation comes together for its Remembrance commemorations. It is moving and humbling, but we must make sure that we honour the memory and sacrifice of those that have given their lives every day of the year, not just on Remembrance Sunday.

Our service personnel and their families give up a huge amount in service to our country, and to keep us safe. It’s right that we do everything we can to protect and support them, during and after their service, and I will continue to do everything I can to live up to that.