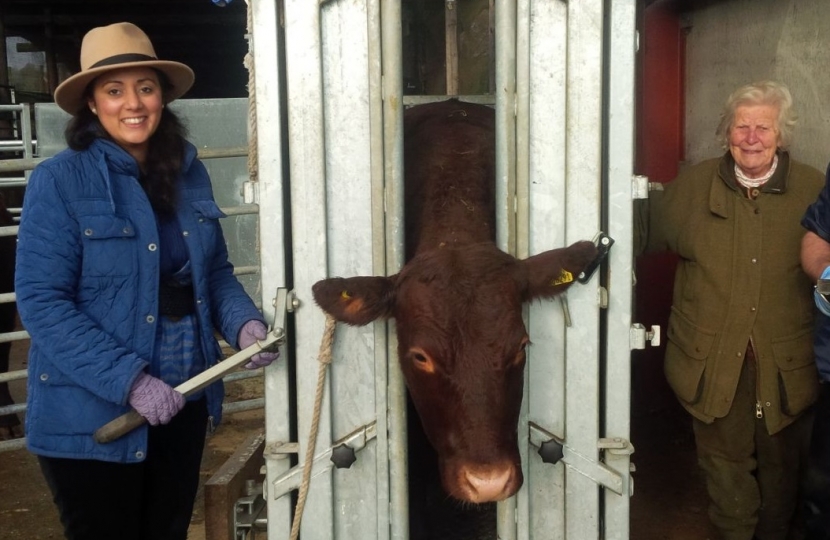 Wealden is a beautiful place, with rolling countryside, stunning forests and energetic towns. Wealden is also home to many amazing farms, which are the lifeblood of rural life. I want to build a Rural Powerhouse, one known for its thriving small businesses, including its farms and vineyards, as for the beauty of its countryside.

Farms need our support because they are not just a resource there for us to exploit. They are entrepreneurs on whom we depend and it is our responsibility to fight for their interests, and to behave in a way that makes their businesses sustainable.

One way in which we can treat our farmers better is to pay more for our milk. Why, when you think about it, do we think it reasonable to pay more for bottled water than for milk? Why are we so willing to cheat our farmers out of the income they deserve and work hard for just because the system means they are price takers?

This puts the viability of their businesses in danger and is an issue I am particularly concerned out. In Wealden, a few of our supermarkets have signed up to support this campaign and I am seeking to get all of them on board. The Government has also secured a £26 million of emergency funding for our dairy farmers.

More generally, I hold regular meetings with the National Farmers Union, and have also held several pub meetings across Wealden with the local farming community to hear their views. As a result of hearing the concerns of some of them, I led a House of Commons debate on tenant farming to raise concerns about the length and security of tenancy agreements.

Here are a few more of the things I am doing for our farmers:

2016 is an important year for our farmers, because it is the Year of Great British Food, and the Government is promoting British produce and exports by setting up the Great British Food Unit, to better champion the excellence of British food and drink worldwide. I will also be watching closely as the Department for Environment, Food and Rural Affairs publishes its 25 Year Food and Farming Plan later this year, a strategic vision for the industry.

At the end of 2015, I was delighted to be appointed as a Parliamentary Representative for the Conservative Rural Affairs Group. This will allow me to better campaign on behalf of our farmers, and I’m looking forward to fighting for them into the future.