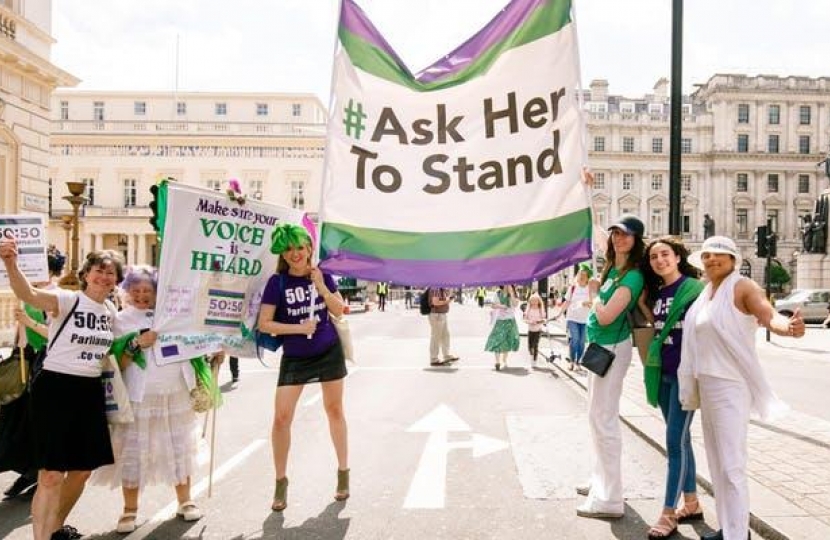 Nus Ghani, the MP for Wealden, is inviting women from Wealden to join her in Parliament for an event celebrating the centenary of women getting the vote for the first time.

#AskHerToStand day is an all-day event organised by campaign group 50:50 Parliament, which aims to get more women involved in politics and encourage them to stand for Parliament.

Nus is able to host one woman from Wealden in Parliament on the day, and that person will spend the day in Parliament at a variety of events and discussions celebrating 100 years since women got the vote.

Anyone interested in joining Nus in Parliament on this day should get in touch by emailing Nusrat.ghani.mp@parliament.uk.

“I am delighted to be inviting Wealden women to get in touch and let me know why they’d like to join me in Parliament to celebrate this historic anniversary.

“#AskHerToStand day will be a memorable and engaging day, opening up Parliament to women from all over the country and getting more women than ever before involved in Parliament.”

Celebrating a hundred years since women won the right to vote and stand for election for the first time. This momentous anniversary is an important milestone in our nation's history.