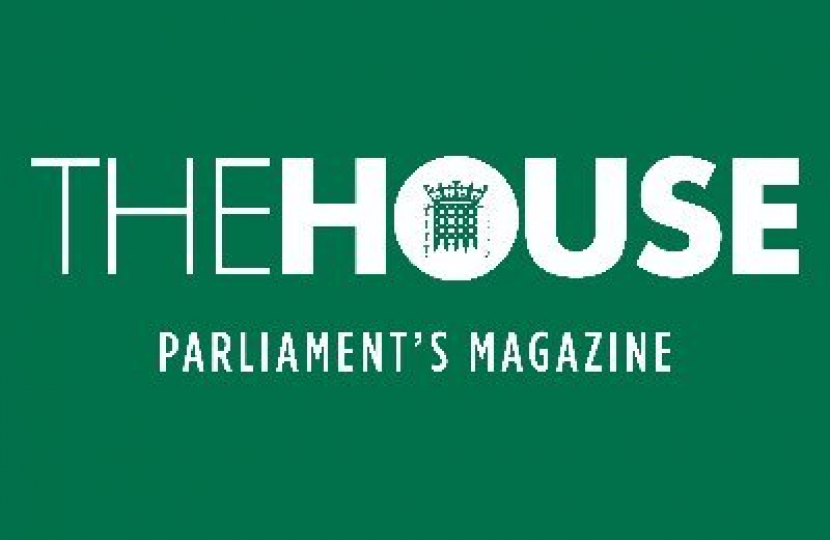 P&O Ferries has operated passenger vessels in British waters since 1844, it was once an institution of British shipping. At the end of a three-minute video message last Thursday, its once-proud reputation lay in tatters.

Destroyed through mismanagement and complete contempt towards its dedicated crew and their families. The decision by P&O Ferries to terminate the employment of 800 crew without any notice or consultation by pre-recorded message was nothing short of a betrayal to this country.

This despicable decision left 800 crew devastated, and livelihoods destroyed. We should never forget, when people lose their jobs, it is not just the individual that is affected, but their families and their communities.

Frankly, as this decision has shown, P&O couldn’t care less and embarrassingly for them they haven’t grasped the business impact of ridding experienced crew and the time it will take to comply with Standards of Training, certification and Watchkeeping as well as International Safety Management. These aren’t simple box ticking exercises.

Worryingly, I am getting messages of concern from crew onboard the ships, who had no information until they arrived to the Ports that they would be embroiled in this awful situation.

To add insult to injury, this company based in Dubai, with no British flagged vessels, but operating in British waters, claimed millions of British taxpayer’s money during the pandemic. How do they repay this country? By throwing 800 people without notice on the dole queue. It’s imperative that the UK government claw back every penny this company has received.

P&O Ferries’ insulting behaviour is not only devastating for the crew but represents a staggering disregard for the rule of law. The Secretary of State for Business made clear in his letter to P&O Ferries that failure to notify is a criminal offence and can lead to an unlimited fine. The government must ensure the full weight of the law is thrown at P&O Ferries, including criminal sanctions where appropriate. This isn’t just the right thing to do but it is necessary. We cannot allow P&O Ferries to set a dangerous precedent that large companies can make hundreds of staff redundant without following due process.

As the architect of the Maritime 2050 plan whilst minister, we have a road map for Britain to reach its full maritime potential. Central to this ambitious plan is the creation of a highly skilled and more diverse maritime workforce, this requires showcasing how rewarding a career in maritime can be. This was the toughest part of being maritime minister, getting young and old attracted to maritime jobs.

We have an ambitious plan which is now in serious peril, as this decision by P&O Ferries has the devastating potential to turn our talented young people off a career at sea.  P&O Ferries cackhanded move last Thursday, singlehandedly undermines all our efforts to promote maritime careers.

I’m also concerned how the events unfolded and if appropriate government departments failed in diplomacy and managing key relationships with P&O and DP World. I hope that urgent ministerial meetings are underway to understand what has unfolded. That’s the politest way I can put it.

We must act to restore these jobs lost and to send a clear message; it doesn’t matter how big you are, no one is above the law of this country. Government must, as a matter of urgency, review all contracts it has with P&O Ferries and its parent company DP World.

The Department for Transport is responsible for the Maritime Coastguard Agency (MCA), and it must ensure the MCA carries out thorough inspections of every vessel crewed with agency seafarers before it sets sail and ensure these reports are made public in real time.

During the pandemic, this government led the way globally by giving its maritime professionals keyworker status which helped enable them to supply the vital food and medicines – including Covid-19 vaccines, saving millions of lives.

I have long campaigned for seafarers to be recognised as keyworkers and P&O Ferries brutal actions are a stark reminder of the lack of protection they have. The government can change that vulnerability and give Seafarers the protection and dignity they deserve. These words will be of little comfort to our maritime keyworkers facing redundancy or doing the same job for significantly less money.

The behaviour by P&O Ferries is a turning point in maritime seafarer relations in this country and we have an opportunity to lead, but this can only happen if we take strong action. The country is united, P&O Ferries has acted disgracefully, and it must be held to account and our seafarers must be our first priority.

Seafaring is a proud career, but last Thursday was one of the most shameful days in our maritime history. We mustn’t let P&O Ferries damage our reputation and sink our maritime industry.

Crucially, we can’t allow P&O Ferries to set the precedent that if you’re a big enough maritime company that the laws of this country don’t apply and that no one will stand up for our seafarers. We can and we must act now.