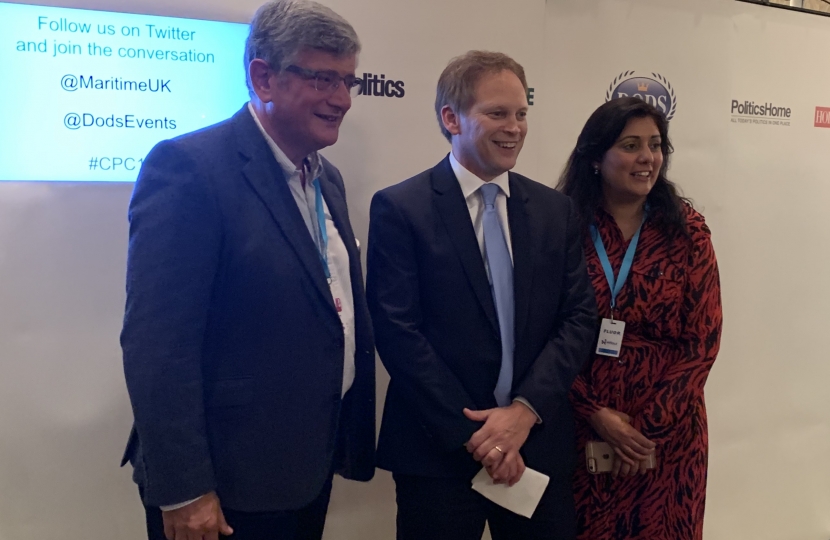 From the first man on the moon to The Beatles releasing Abbey Road – 1969 certainly feels like a world away from where we are today.

When you think of the Swinging Sixties, it feels unlikely that your first thought is of the North Sea.

But that is exactly when one of our biggest achievements in protecting against maritime pollution took place, in 1969.

This year we are celebrating 50 years since the Bonn agreement –  half a century of brilliant work across the eight states bordering the North Sea to protect one of our greatest assets from the risk of pollution.

While the issue of pollution may seem like something that has only been at the forefront of our collective consciousness for the past two decades or so, the Bonn Agreement stands proudly as the oldest regional treaty to prevent and respond to maritime disasters and pollution events.

The Bonn Agreement – like our great maritime nation- is steeped in history. But while it may have been established in years gone by, in today’s changing world it is more important than ever before.

Spanning 570,000 square kilometres, the North Sea is a significant shipping zone and has long been one Europe’s most fruitful fisheries.

Since signing the agreement 50 years ago, we have worked closely with our neighbouring coastal states to develop great expertise in handling the many threats to our marine environment.

But, while the amount of oil released unintentionally at sea has been decreasing for some 15 years, and despite growing awareness and innovative technologies to help the international community to tackle the problem, there were still more than 180 accidental releases of chemicals this year. This is far too many.

We know the harm that oil pollution and chemicals can do to both our health and entire marine environments, which is why we want to go further and faster to protect our seas for generations to come, combating pollution in the North Sea in the 21st century.

That’s why I am proud to announce that the UK, along with our fellow states, have agreed to adopt a Strategic Action Plan for 2019 to 2025 – a blueprint for the future which will enable us to seize new opportunities, develop new ambitions and strengthen partnerships to keep our sea as clean as it can be.

But we’re not stopping there. We know that unlawful emissions from shipping also plague the air.

That is why we are taking a groundbreaking step by committing to the development of a joint agreement which see the North Sea designated as a protected NOx (Nitrogen Oxides) Emission Control Area from 2021.

This will mean even greater protection for the North Sea, by minimising  airborne emissions from ships.

And we’re not stopping there. Just this week, we have also welcomed Spain to the Bonn Agreement – extending the community to 11, and further bolstering our commitment to safeguarding the North Sea and its wider approaches.

Of course, domestically, we also know the importance of looking to the future. The UK continues to lead the way to protect our seas, playing a key role in reaching an international agreement to reduce greenhouse gas emissions from shipping by at least 50% in 2050.

And earlier this year we also launched our vision of for the future, our landmark Maritime 2050 strategy, providing an ambitious vision and framework, for the sector over the next 30 years.

A key part of this is our bold Clean Maritime Plan, which identifies ways to tackle both air pollutants and greenhouse gas emissions while also securing clean growth opportunities. This plan is seen as blueprint for sustainable development by the international community.

Already across Britain we are seeing exciting progress – from the hybrid ferries which are being used between Portsmouth and the Isle of Wight, to hydrogen fuel, the sector is tackling the challenge head on.

Just last month we announced £1 million to help fund new shipping technology projects through MarRI-UK, a consortium of leading maritime organisations as part of our push for Britain to become a global hub for low-carbon maritime technology.

But pollution knows no borders – which is why we are working hard to protect our seas both on the domestic and world stage.

I am proud that as the host nation of the International Maritime Organization, we have led efforts to tackle emissions from shipping.

And we continue to be a leading global voice. We are the first major economy in the world to set a net zero 2050 target, and earlier this year we hosted more than 20,000 delegates from around the world at London International Shipping Week to lead discussions on greening up the sector.

Now, we stand ready to welcome to the United Nations COP26 climate conference in Glasgow next year.

And through our partnerships with other high ambition nations including Japan, Sweden, Denmark, Norway, Fiji, the Marshall Islands and New Zealand, we are leading the maritime sector towards a zero emissions future.

In 50 years from now, we will again be living in a very different world. We are already living in a time of challenge and change, but as we approach our departure from the European Union, I want to make it clear that we will remain steadfast in our commitment to protecting the North Sea, with the help of our international partners, safeguarding our wonderful maritime environment for the next half century and beyond.

I am looking to appoint a hard-working, enthusiastic and experienced Communications Officer to work in my constituency office.

Main duties include, but are not limited to: