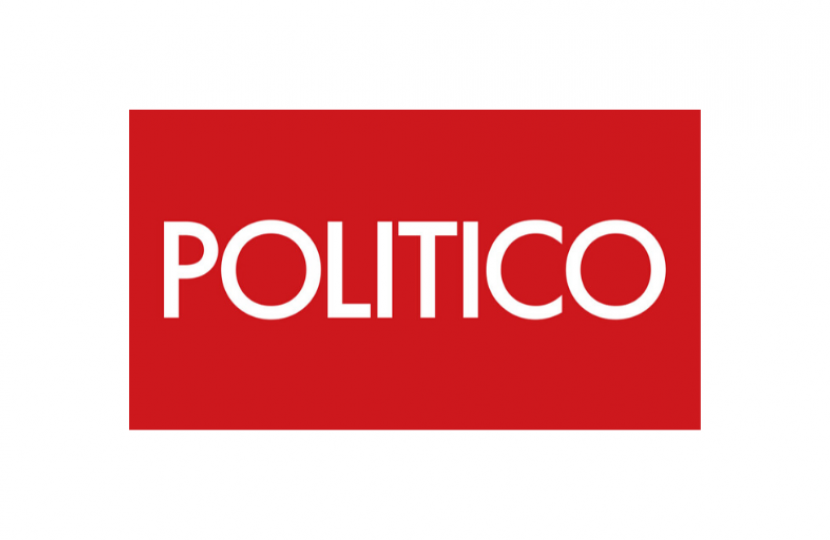 LONDON — The U.K. could follow Washington and ban goods imported from the Chinese region of Xinjiang that were made with forced labor, according to a senior British minister.

The suggestion came as a string of China-skeptic Conservative MPs lined up to urge the U.K. government to follow suit in a bid to pile pressure on the Asian giant over its treatment of the region's Uyghur Muslim minority.

A bill that passed the U.S. Congress earlier this month bans goods made “in whole or in part” in Xinjiang unless companies can prove to customs officials with “clear and convincing” evidence that forced labor was not used in their production.

Britain last year announced fines for large firms that fail to show their products aren’t linked to forced labor. But critics dismissed the move as a bureaucratic exercise lacking teeth.

Trade Minister Penny Mordaunt hinted that the U.K. could go further in the wake of the U.S. move. “We keep these things under review all the time,” she told POLITICO. “I think there are some new moves afoot in that space, and it’s something I know that [the Foreign, Commonwealth and Development Office] are looking very, very carefully at.”

Prominent Conservative MPs want Britain to follow suit with similar tough legislation. Tom Tugendhat, chair of the foreign affairs committee, said the U.K. “shouldn’t be buying goods from Xinjiang made with slave labor,” adding: “I look forward to hearing more in the new year on the government’s progress in reviewing imports and exports to Xinjiang.”

MPs Iain Duncan Smith, Nusrat Ghani and Tim Loughton, who alongside Tugendhat were sanctioned by China for speaking out against the regime, also called for an import ban.

Duncan Smith said the government was failing to ensure firms check their product sources. “The only way you get it right at the end of the day is to force them to do it,” the former Conservative leader said. “There are all sorts of products that customs should be looking for.”

Ghani said it was “embarrassing that the Americans are allowing their supply chains to be cleaner than ours.” She said the finding this month from the unofficial, U.K.-based Uyghur Tribunal — which determined China had “committed genocide” in Xinjiang — should embolden the government to move.

Britain, Ghani said, should follow the U.S. because “this genocide links straight back to us and our shores where the products are on our shelves."

Loughton, a former minister, said all other Western democracies that respect human rights must take the lead from Washington. “It is completely unacceptable that consumers in the U.K. should be duped into buying textiles or any other goods produced in China by slave labor,” he said, adding: “The government should introduce similar legislation as a matter of urgency.”

That view was echoed by fellow China-hawk Bob Seely. He said an import ban should not be seen as a sign of aggression toward other countries, "but recognizing the threat and the world as it is — not the world as we want it to be.”

Mordaunt said: “We've been one of the leading forces with regard to modern slavery, but also building the systems so that consumers, investors and employers can see what is happening at every level of the supply chain.”