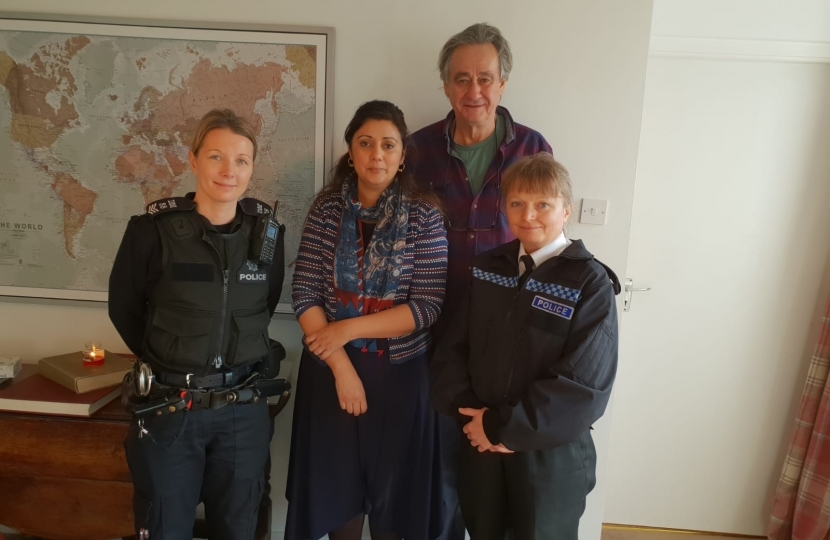 Nus Ghani was delighted to welcome the announcement that the Government is planning to put an extra £22.2 million in Sussex Police funding.

Sussex was already set for an increase in police numbers, with 129 officers due to join the force this year, as part of the government’s pledged 20,000 boost in police recruitment nationally. Sussex Police is also on track to recruit 100 PCSOs by March of this year.

The £22.2 million injection is part of the Government’s larger commitment to safer streets and communities, which features an extra £1.1 billion for police in England and Wales.

‘This has been a fantastic week for the Government to show that it is taking the safety of our people seriously. From announcing tougher sentencing and monitoring provisions for convicted terrorists, to this substantial increase in policing funds for Sussex, the Government’s intentions are clear: to make sure that people feel safe in their homes and in their communities.’

‘This is the biggest funding boost for Sussex Police in a decade and I will be a staunch campaigner to redirect some of the extra funding to Wealden, in order to tackle rural crime across the constituency.’

‘I meet regularly with constituents who have been the victims of crime, particularly burglary, and am happy that I can now give them further assurances that the police force is well equipped to deal with their cases and, more importantly, deter any future criminal activity. I also work very closely with Sussex Police, who assure me that crime in Wealden remains relatively low, however I hope that this increase in funding will aid in bringing incidence down even further.’