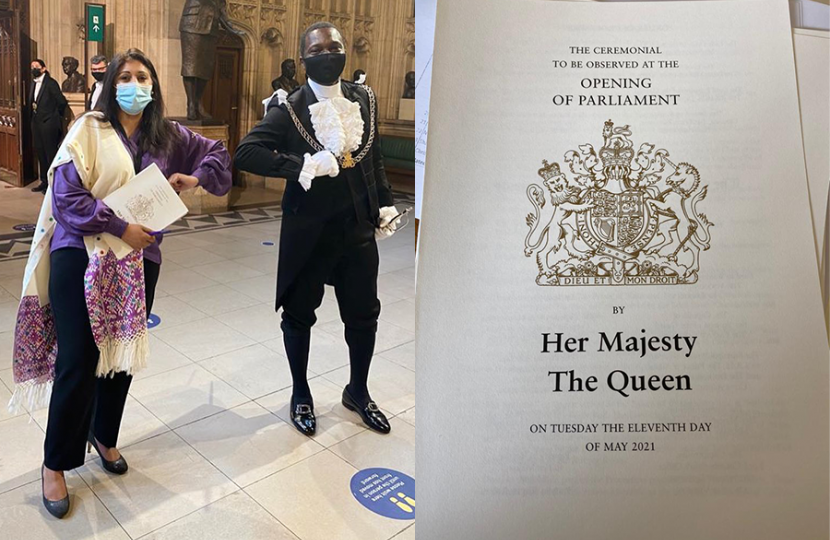 It's an honour to be back to witness Her Majesty The Queen opening Parliament. Her Majesty's speech outlined 26 proposed laws, which will now be scrutinised. I look forward to cracking on in this new Parliament! 🇬🇧

The Queen’s Speech not only addressed the legacies of the pandemic, but goes further to unite and level up the country, spreading opportunity across the country as we build back better from the pandemic. The Government’s priority is to deliver a national recovery from the pandemic that makes the United Kingdom stronger, healthier and more prosperous than before.