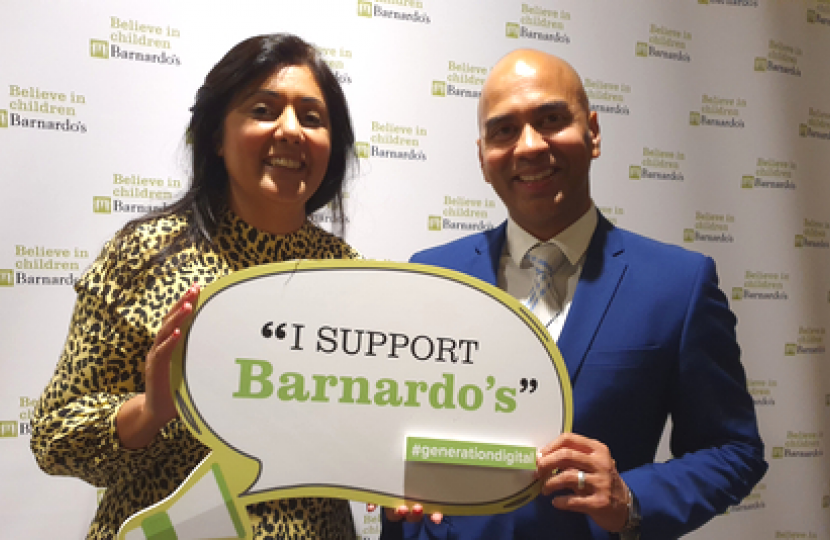 The Government was warned five years ago about the serious and often hidden issue of sexual abuse and harassment by children towards other children - but recent events have made clear that children and young people in schools across the country are still at risk.

This is the message from Nus Ghani MP and the children’s charity Barnardo’s after testimonials on the Everyone’s Invited website show very little has changed since they held a parliamentary inquiry about harmful sexual behaviour by children in 2016.

They are pleased Education Secretary Gavin Williamson has asked Ofsted to undertake a safeguarding review of schools and that a helpline has been set up to support victims and provide advice to children and adults.

But they say that it is extremely disappointing that it has taken the testimonies of thousands of young victims to get to this stage, and that in the last five years there has been so little progress in protecting children from this form of abuse.

It is hoped the Ofsted-led review will lead to a better understanding of the extent of the issue and then Government policies being created to address it effectively. This is critical to protect and support victims, but also because we know that children who show sexually harmful behaviour need urgent, specialist support to prevent them committing sexual or other offences as adults.

Barnardo’s Chief Executive Javed Khan said: “Abuse must never be seen as acceptable or a rite of passage. It causes trauma that can last a lifetime. At Barnardo’s we have spent decades tackling child sexual abuse. We know that where abuse occurs between children – rather than with an adult perpetrator – it can be seen as even more ‘taboo’ and it’s even harder for victims to come forward.

“Schools play a crucial role here. Teachers and other education professionals need the right resources, training and expertise to create a strong culture of respect in schools, where all forms of harassment or abuse are unacceptable. So the news that Ofsted will be carrying out a safeguarding review of schools, and the announcement of the hotline for victims, is very welcome.  But we need to go further – this must mark a turning point in keeping children safe inside and outside the school gates. As we finally move past the pandemic, this must be our goal for 2021.”

Nusrat Ghani MP said: “For the last five years we have needlessly let children down.  It’s welcome that the Education Secretary has asked Ofsted to undertake an immediate review of safeguarding policies in schools, to determine whether guidance around sexual harassment needs to be improved. But Ofsted should have been doing this five years ago when we published our report on this issue, taking our findings into schools, challenging cultures, working with headteachers and asking the tough questions. There has got to come a point where we actually start listening to the facts, solving the problems and rooting out this routine sexual harassment and abuse rather than brushing .it under the carpet and hoping the problem goes away.”

The inquiry in 2016 heard evidence from young people that some teachers “brush off” incidents of sexual assaults or sexually threatening behaviour because of the young age of the perpetrators.

It also found that abuse between children and young people was significantly underreported - largely because discussing sexual violence was still seen as ‘taboo’ - and, worse, victims fear being punished or treated as perpetrators.

The inquiry also looked at how children are being exposed to ever more extreme pornography at an ever earlier age, which can distort the way they come to understand relationships. It also reflected on the growth of ‘sexting’ - where children sharing explicit images of themselves or of other children, with or without consent.

A key recommendation from the inquiry’s report, which was entitled Now I Know it Was Wrong, was for urgent action from the Government to lead other agencies, including schools, working with children in tackling this behaviour.

Barnardo’s and Ms Ghani say the Government must ensure that all schools have the specialist skills and resources to address sexual abuse among pupils effectively.

This should include supporting pupils and empowering them to report abuse.

And children who are exhibiting abusive behaviour need to receive appropriate sanctions and specialist therapeutic support to understand the impact of their actions, if there is any hope of them being able to change their behaviours in adulthood.

The Government must also overhaul the guidance for schools and colleges on how to address routine sexual harassment and abuse.

And the Government must also ensure it is collecting better data on sexual harassment and abuse in schools, including the impact of relationship and sex education lessons on helping children to understand consent and acceptable behaviour.

It must also ensure there are no further delays to the Online Safety Bill. This plan to regulate the internet has the potential to be world-leading but every day it is delayed children continue to be at risk – from online grooming and from harmful content such as pornography, but also self-harm forums.

The report can be read in full by clicking here.