Our new proposal answers Ministers’ objections. So they should support it. 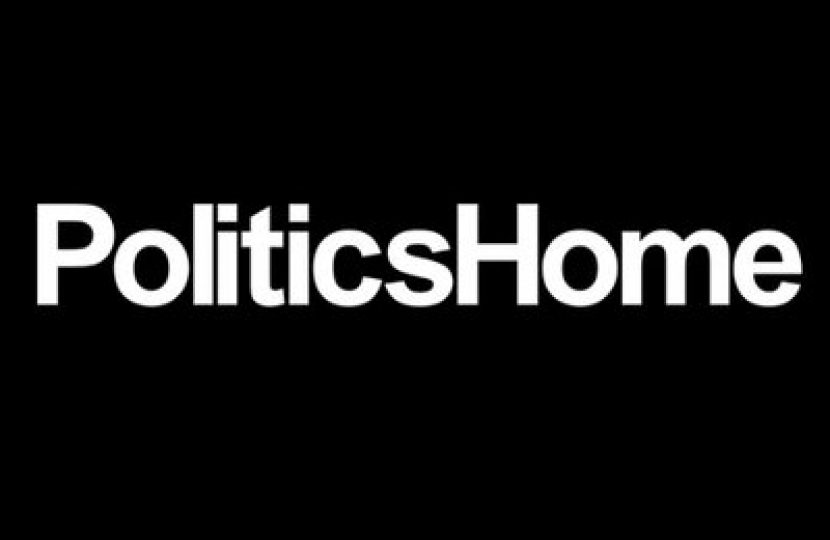 Read below my article on my proposed new amendment to the Trade Bill. The original article is available here.

In Donald Trump’s last days as President, his outgoing administration did something particularly bold. In determining that China has committed “genocide and crimes against humanity” in its repression of the Uighurs in Xinjiang, the eyes of the world are now focusing on the appalling atrocities that have gone on for far too long.

Two million Uighurs and other minorities have been forced into slave labour prisons and camps in Xinjiang’s cotton fields, with state organised violation and abuse of women, as well as forced sterilisations.

But while the US has repeatedly acted decisively – including with its own Uyghur Human Rights Policy Act – and decided that they have enough evidence to act, the UK has found itself languishing on the sidelines. This is not where Global Britain ought to be.

The UK has entered a new era. We have left the EU and taken back control of our laws and our trade policy. We should be using this freedom to make our mark in the world, and to play an active part in the global civic community – not to retreat into isolationism and irrelevance.

With Joe Biden as America’s President and Britain soon to take on the presidency of the G7, now is the time for us to show what post-Brexit Britain is really about.

It’s entirely understandable that the Government wants to be exceptionally cautious about using the term “genocide”. It is the most heinous of crimes, and the term should not be used inaccurately or lightly. But it is maintaining a policy on genocide that is, by its very nature, fundamentally dishonest, and which ensures that Britain will always look the other way when a genocide is ongoing.

The UK position has always been that “genocide is a judicial matter” – as stated once again by the Prime Minister last week in the Commons. And the court we defer to is the International Criminal Court (ICC).

But everybody knows, including Government ministers, that the ICC is in a state of frozen paralysis – held hostage by Russia and China’s veto at the United Nations. The UN is simply incapable of holding genocidal states to account.

So I am suggesting an amendment to the Trade Bill that brings to an end this incoherence, and allows a UK court to be able to play a role in this decision instead, given the ICC’s inability to. And I’m delighted that the Lords has listened to concerns raised by MPs on all sides of the House, and has returned us a New Genocide Amendment which we will be debating next week.

Rather than say that genocide is a matter for international law, knowing full well that it is paralysed by global politics, we must give British courts a role instead. It is the only way to make sure that the Government’s policy on genocide actually does anything.

The Government can’t have it both ways. Ministers can’t come to the despatch box saying genocide is a “judicial decision”, but then ban the courts from making even a preliminary decision.

The so-called “genocide amendment” is so desperately needed because China and Russia are making a mockery of the international legal order. In the 75 years since the Nuremberg trials, the UK and the UN have never succeeded in recognising a genocide whilst it was ongoing. And if we don’t adopt the genocide amendment, China and Russia will continue to make a mockery of our domestic law too, and we will be outsourcing to them all future decisions on genocide.

I know that some of our colleagues were desperate to support it, in both the Lords and Commons, and know it’s the right thing to do. Some were worried about UK courts being clogged up with vexatious or improper claims, despite the fact that British judges are some of the most experienced and respected in the world.

And some were concerned that the courts might be able to strike down trade deals, or that this new law might erode parliamentary sovereignty. That would of course be unconstitutional and improper.

When the Commons comes to debate this one final time, we all have a very simple choice to make. Do we want the UK to be handcuffed by Russia and China when it comes to genocide, or do we want to take back control and empower ourselves to actually do something?

Over 50 years ago the UK signed the UN Genocide Convention, to ensure that atrocities like the Holocaust could ‘never again’ take place. It’s time we stood by the international rule of law, promoted our hard won values and standards across the world and showed what British values are about.

Brexit wasn’t a vote for Britain to pursue isolationist policies, to pull up the drawbridge or to downgrade our values. We are not a country that will ever want to enrich itself on the back of slave labour, or to use its new found freedom to trade with states that commit and profit from genocide. Britain is better than that.

Brexit was a vote, full of hope and optimism, which said that Britain should play its part in leading the global world order, rather than having the EU set our values for us. Unless we shift this cavalier attitude on genocide aside, we will continue to shrink on the world stage and our influence will wane.

It’s time for Britain to be on the right side of history.