Nusrat speaks at event - Banned by Beijing: How can Europe stand up for Uyghurs? 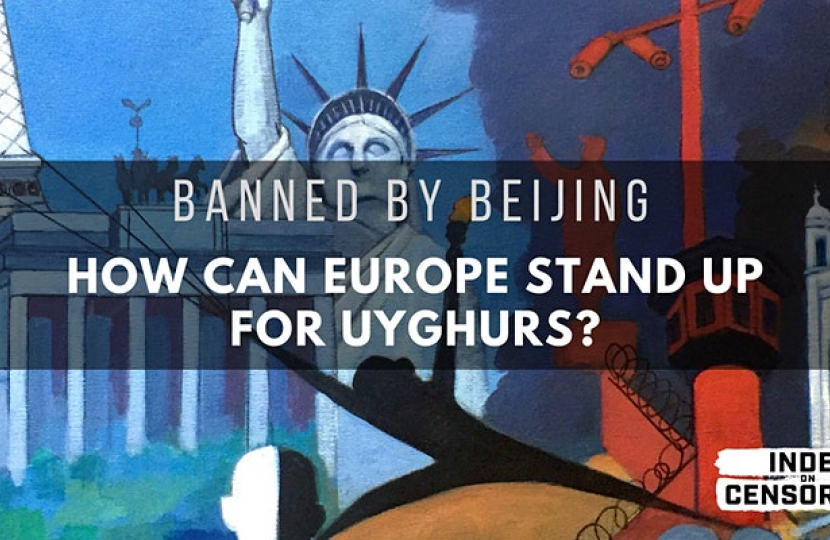 Nusrat Ghani, MP for Wealden, took part in a virtual event chaired by Index on Censorship’s Flo Marks. The event examined the scope and scale of the Chinese Communist Party’s interference in Uyghurs’ right to freedom of expression in Europe, and marked the publication of a new report on the issue.

The Report can be read in full here. It maps out the horrific plight many Uyghur diasporas face around the EU and UK, as the long arm of the Chinese Communist Party tries to intimidate them into silence.

Aside from Nusrat, the other panellists were:

Dolkun Isa is the President of the World Uyghur Congress and Vice President of the Unrepresented Nations and Peoples Organization (UNPO). He was a former student-leader of pro-democracy demonstrations at Xinjiang University in 1988 and founded the Students’ Science and Culture Union at the university in 1987 working on programs to eliminate illiteracy, promote science and lead other students in East Turkestan. He was then dismissed from university.

After enduring persecution from the Chinese government, Isa fled China in 1994 and sought asylum in Europe, and became a citizen of Germany in 2006. He has since been presenting Uyghur human rights issues to the UN Human Rights Council, European Parliament, European governments and international human rights organizations. He has worked to mobilize the Uyghur diaspora community to collectively advocate for their rights and the rights of the Uyghurs in East Turkistan.

Isobel Cockerell is an award-winning British journalist. Since October 2018 she has been a reporter for Coda Story, covering disinformation, the war on science and authoritarian technology. She has also written and worked as a radio reporter and video journalist covering politics, migration, LGBTQ issues, environmental affairs and culture for platforms such as WIRED, The Daily Beast, the Huffington Post, USA Today, Rappler and Eurasianet.

In 2020 she won the European press prize distinguished reporting award for a multimedia project she reported and produced for Coda in collaboration with WIRED on Uyghur women fighting a digital resistance against China’s surveillance.

She is a graduate of Columbia Journalism school.