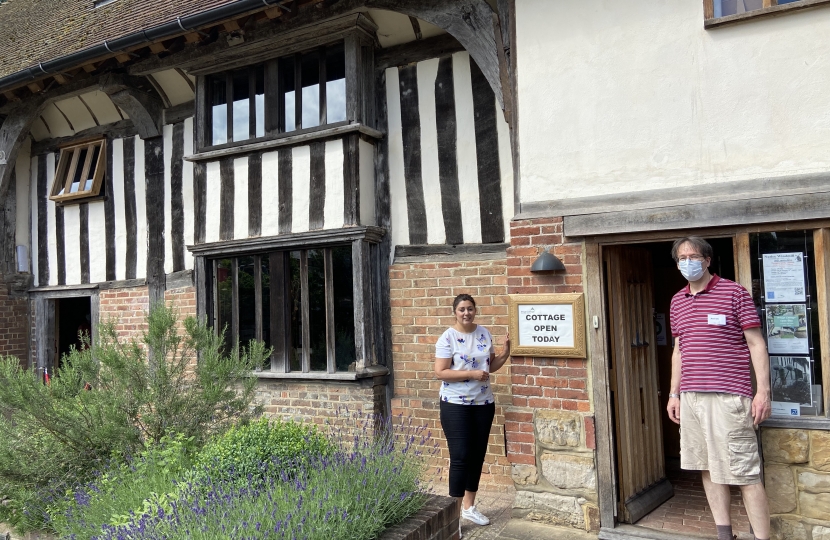 Nusrat Ghani, MP for Wealden, has visited the Bridge Cottage in Uckfield to support its open day.

Bridge Cottage was reopened to the public on Saturday 26th June for the first time after having to close due to the pandemic last spring.  The 15th century Wealden hall house boasted many exhibitions of the history of Uckfield and memories from the past, all of which could be enjoyed over refreshments served on site. Visitors could also explore first-hand the medieval model to demonstrate the different joints used in the building of the cottage, and later in its restoration.

The Cottage is available to hire for weddings, small celebrations and meetings. Please call 01825 760734 to ask about possibilities.

Nusrat was shown around by Andrew Ledward, secretary of the Uckfield and District Preservation Society, which looks after the Cottage as well as Nutley Windmill. Five open days are planned at Nutley Windmill on Sunday 25thJuly, over the August Bank Holiday weekend, and on 26th September and 10th October.

Nusrat Ghani said: “It was lovely to see the Bridge Cottage reopened again and explore the fantastic exhibition of its rich history. Many thanks to Andrew and the fantastic team of volunteers who look after this historical gem. I’ve previously worked with the amazing team at Bridge Cottage on many occasions, most notably to commemorate the centenary of women getting the vote for the first time, and to mark 90 years since women and men gained equal voting rights by hosting a an Equaliteas tea party at the Cottage. I look forward to many more events hosted at the Bridge Cottage to come.” 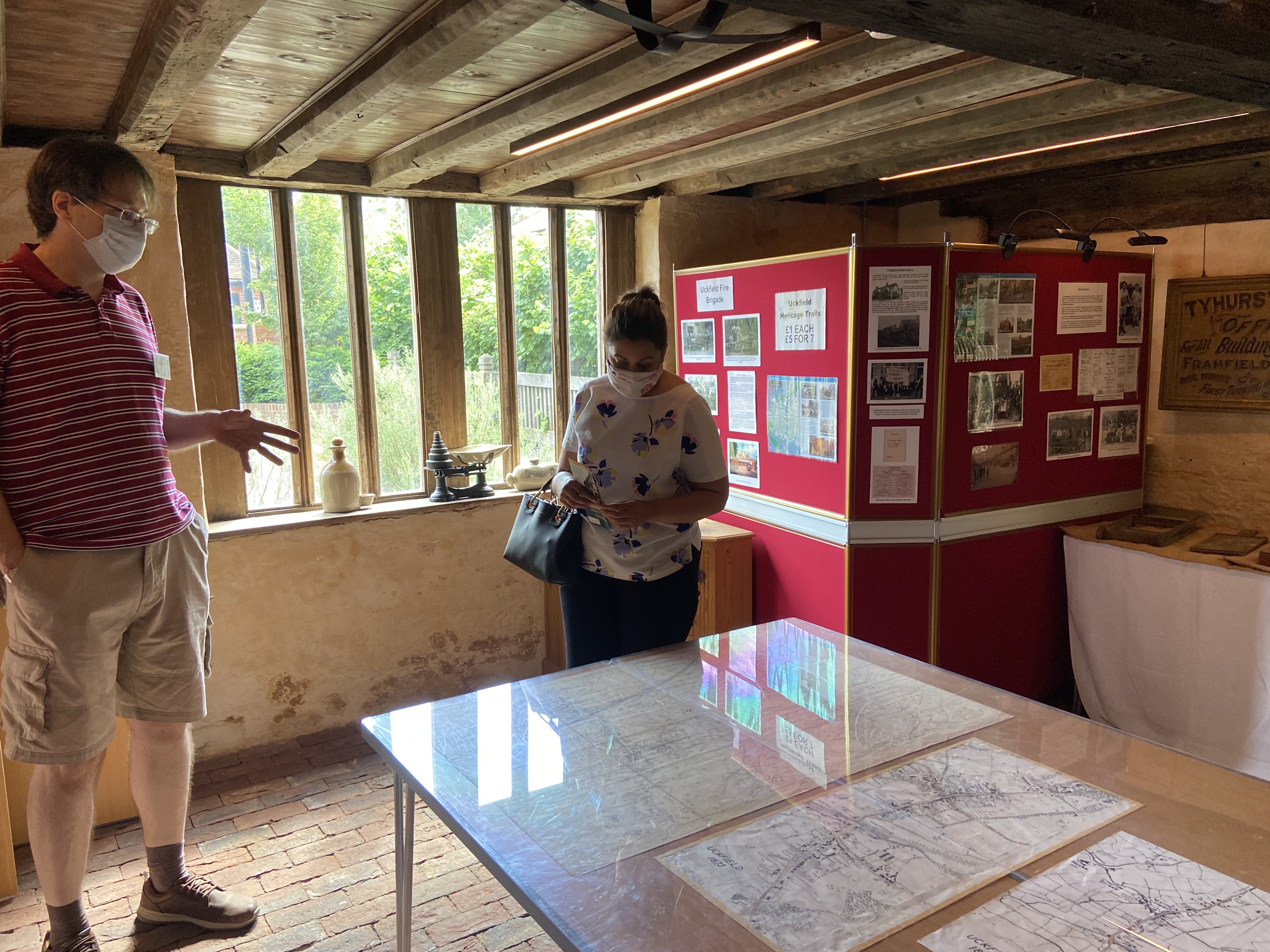 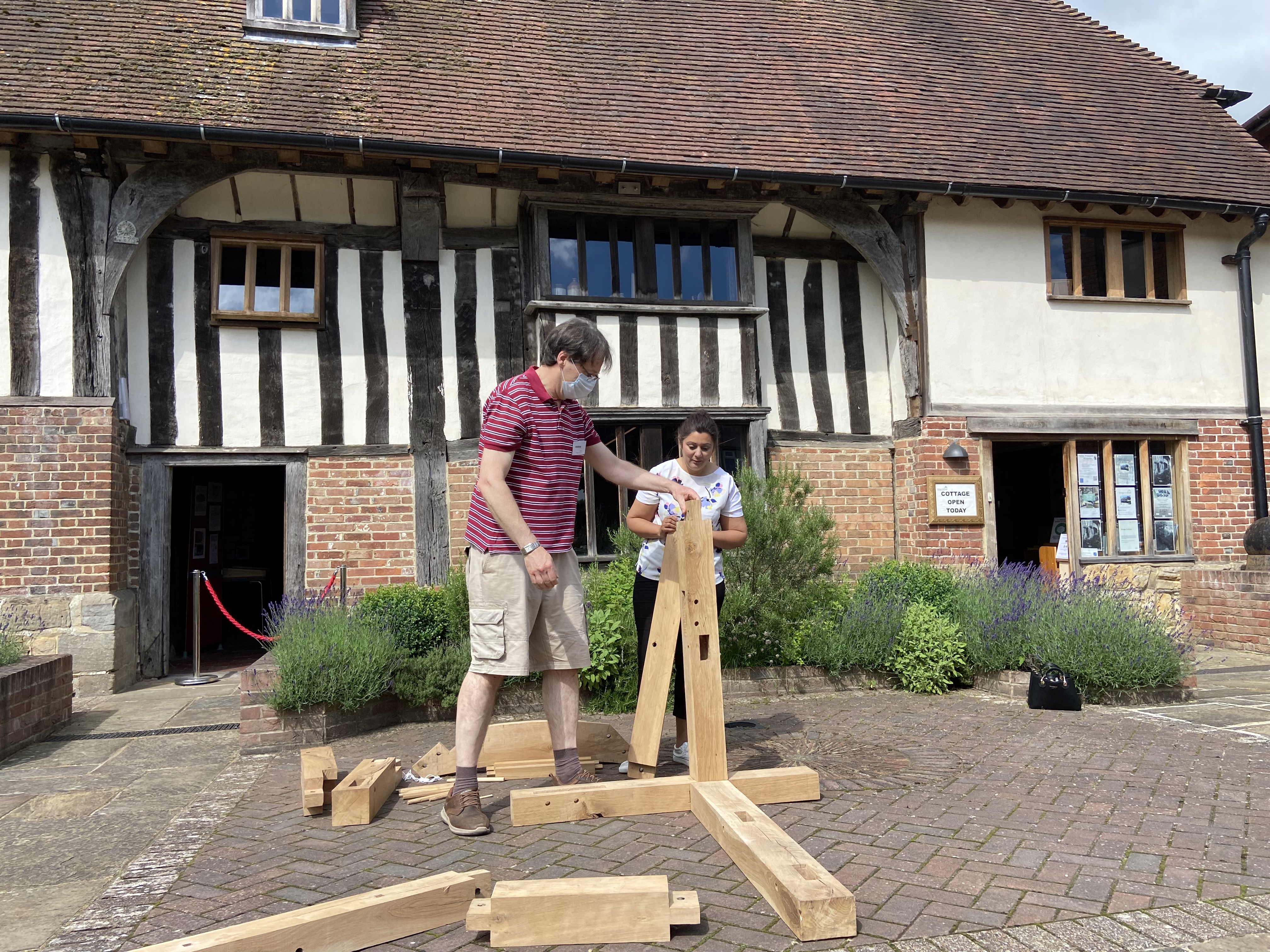 This Government has already put together a package to help small businesses – Keeping corporation tax down, reducing National Insurance contribution to access to start up loans. Britain’s economy is growing faster than any other economy in Europe, with 760,000 more businesses created since 2010 and 2 million new apprenticeships.

We are extremely lucky that East Sussex has such a rich history and boasts many great heritage sites.