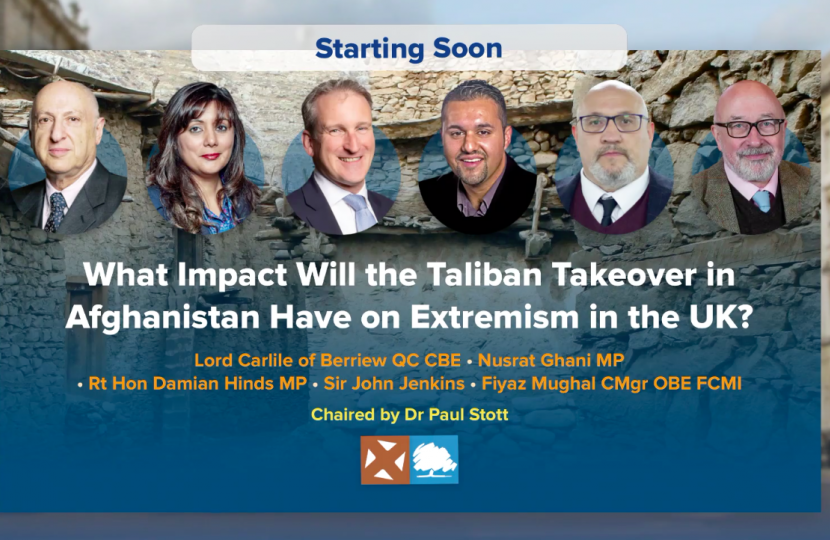 Nusrat Ghani, MP for Wealden, was a panel guest for a Policy Exchange event during the Conservative Party Conference in Manchester. Speaking alongside Rt Hon Damian Hinds (Minister for Security and Borders), Fiyaz Mughal CMgr OBE FCMI (Founder and Director of Faith Matters), Lord Carlile of Berriew QC CBE (Freedom of Information Commissioner), Sir John Jenkins (former British diplomat and ambassador), and Dr Paul Stott (Head of Security and Extremism at Policy Exchange (Chair), Nusrat discussed What Impact Will the Taliban Takeover in Afghanistan Have on Extremism in the UK?. The panel assessed whether the Taliban’s takeover of Afghanistan gives momentum to Islamist organisations and activists in the UK, and how do we prevent the type of engagement between British extremists and the Taliban, and Britons and foreign fighters the Taliban hosts, which characterised the period 1996 – 2001.

A recording of the event can be viewed here. 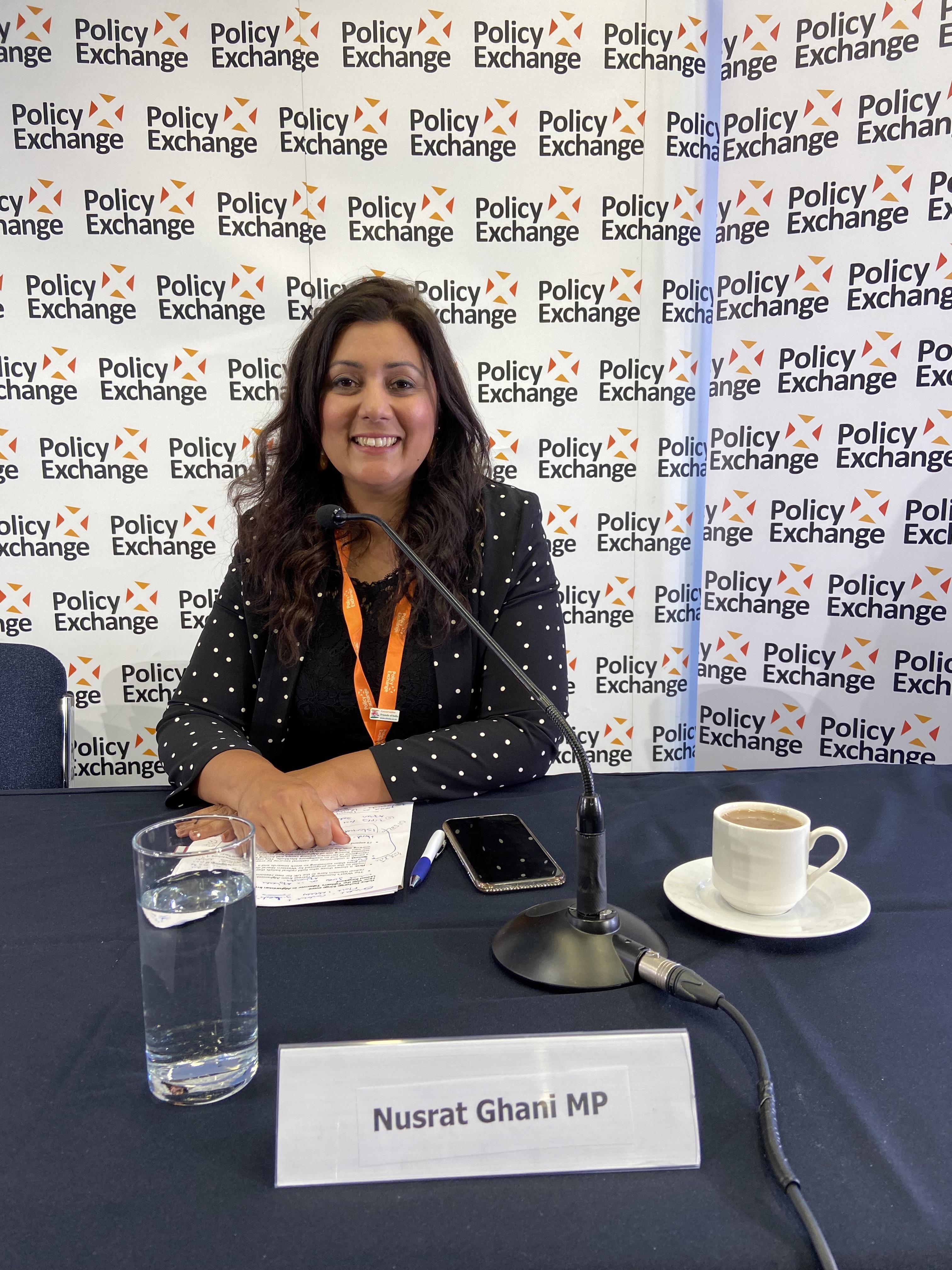