Nusrat Ghani, MP for Wealden, has today called upon the Government to step up to its legal and moral obligations following the Uyghur Tribunal's verdict that genocide is being committed in Xinjiang. Nusrat noted that the Government's defence - that the Tribunal is not a competent court - is invalid, because the International Court of Justice’s Bosnia and Herzegovina v Serbia and Montenegro 2007 ruling completely blows that argument out of the water.

In short, the ICJ ruled that “a State’s “obligation to prevent, and the corresponding duty to act, arise at the instant that the State learns of, or should normally have learned of, the existence of a serious risk that genocide will be committed.” This was the critical point of the debate, as the UK is failing to live up to these obligations. You can view Nusrat's speech here, and watch her closing remarks here.

The motion, which was agreed unanimously by Parliament today, was as follows:

That this House notes that the December 2021 Uyghur Tribunal’s judgment in London found beyond reasonable doubt that the People’s Republic of China was responsible for genocide, crimes against humanity and torture in the Uyghur region; and calls on the Government to urgently assess whether it considers there to be a serious risk of genocide in the Uyghur region and to present its findings to the House within two months of this motion being passed, use all means reasonably available to ensure the cessation of ongoing genocide, including conducting due diligence to ensure it is not assisting, aiding, abetting or otherwise allowing the continuation of genocide and fulfil its other obligations under the UN Convention on the Prevention and Punishment of Genocide, accept the recommendations of the Fifth report of the Business, Energy and Industrial Strategy Committee, Uyghur forced labour in Xinjiang and UK value chains, HC 1272, including black listing UK firms selling slave made products in the UK and putting in place import controls to protect UK consumers, and place sanctions on the perpetrators of this genocide, including Chen Quanguo.

Read a draft copy below. 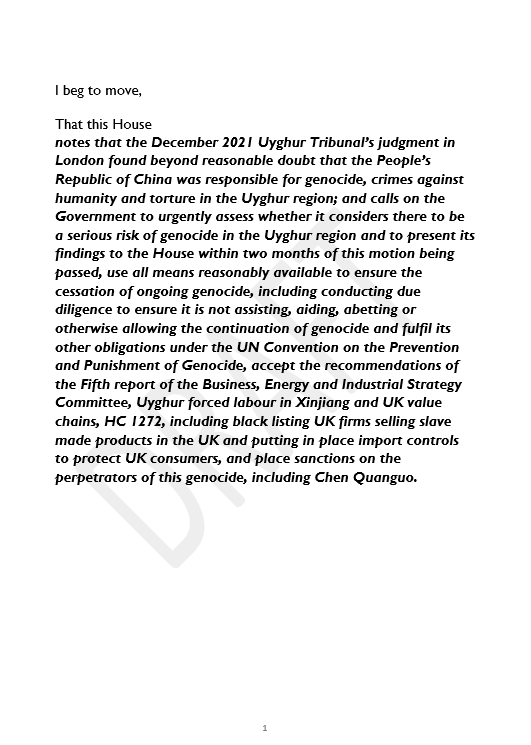 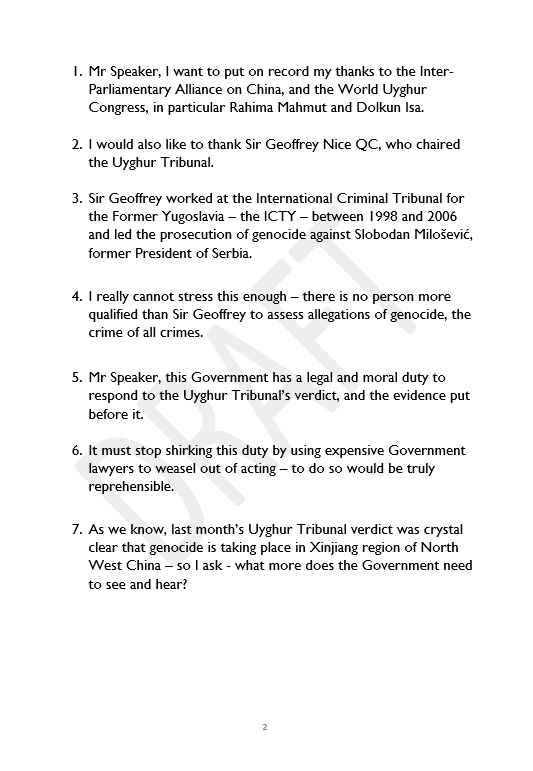 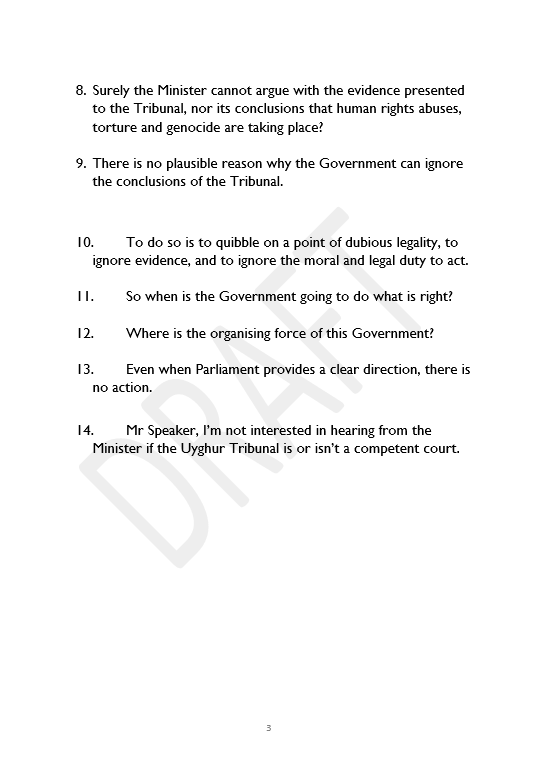 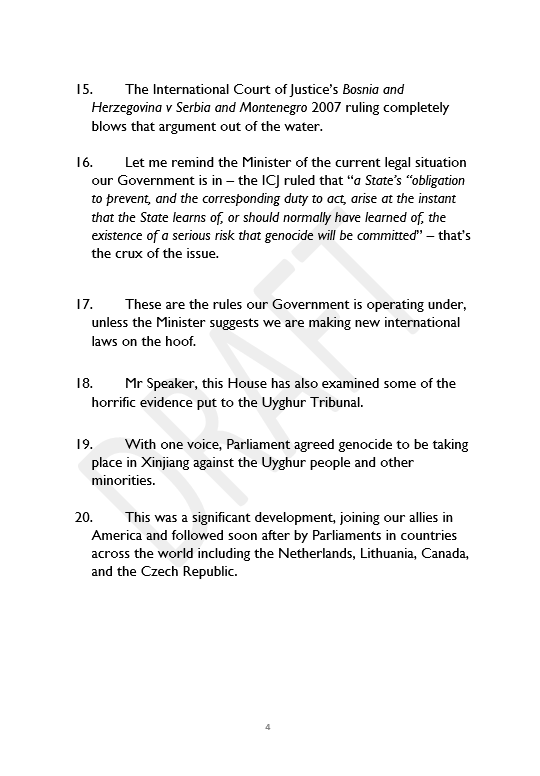 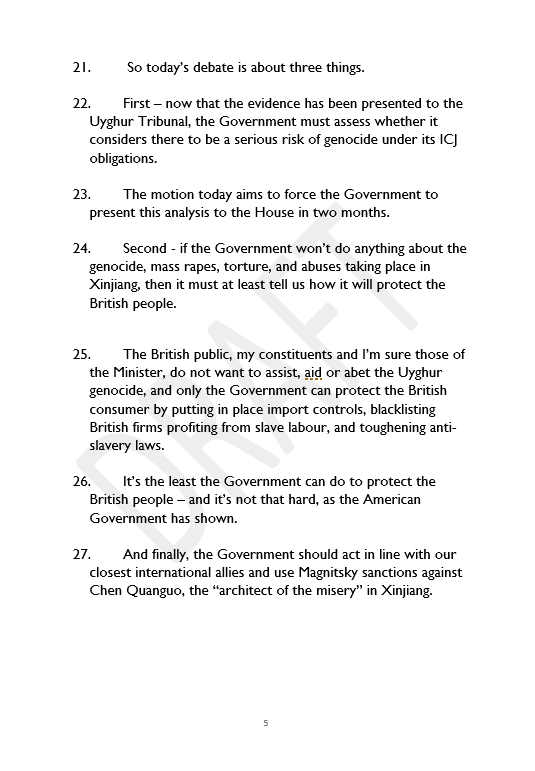 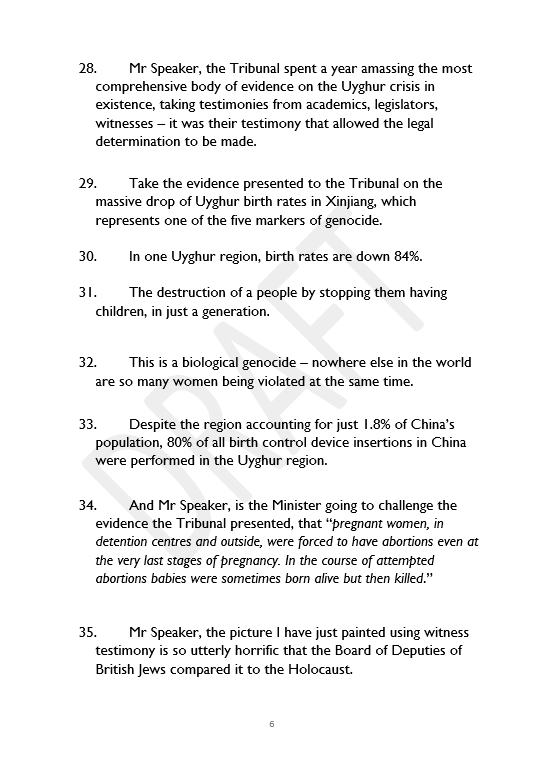 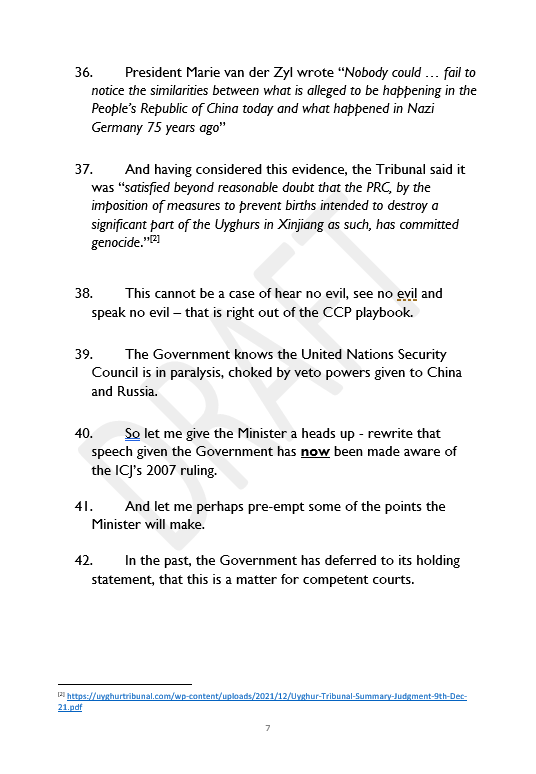 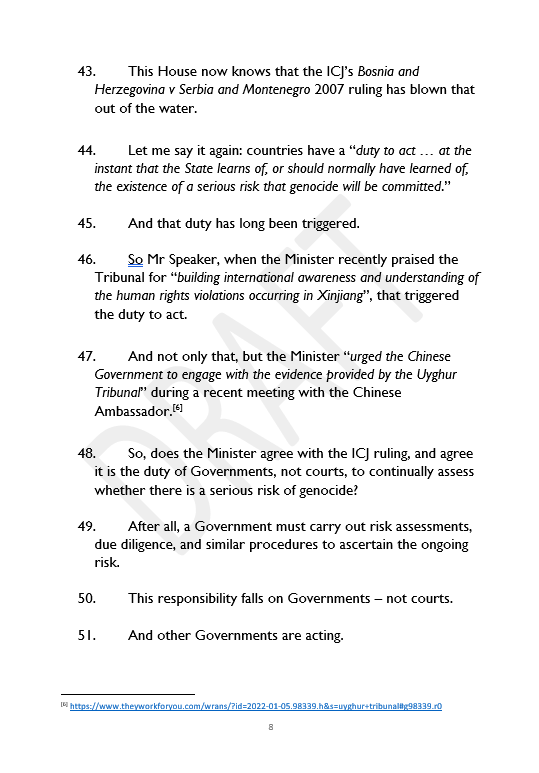 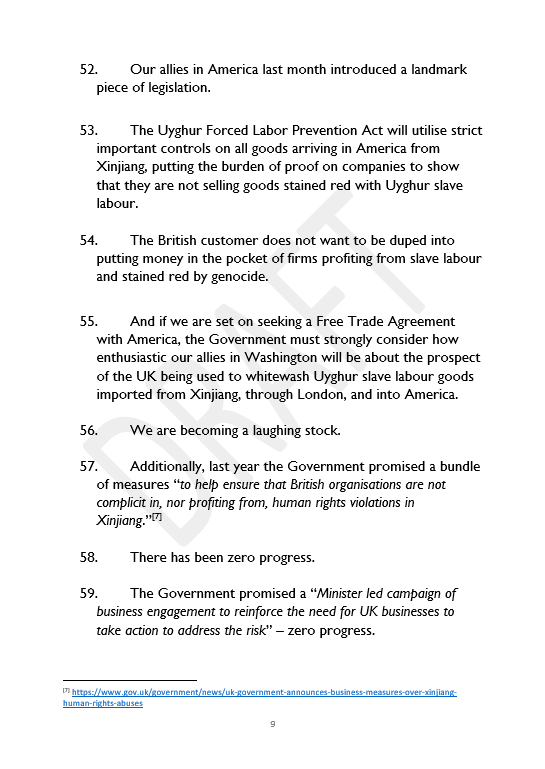 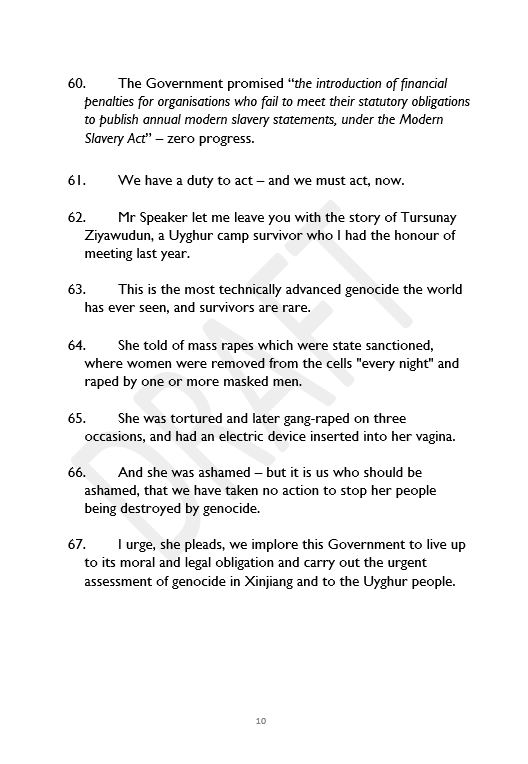