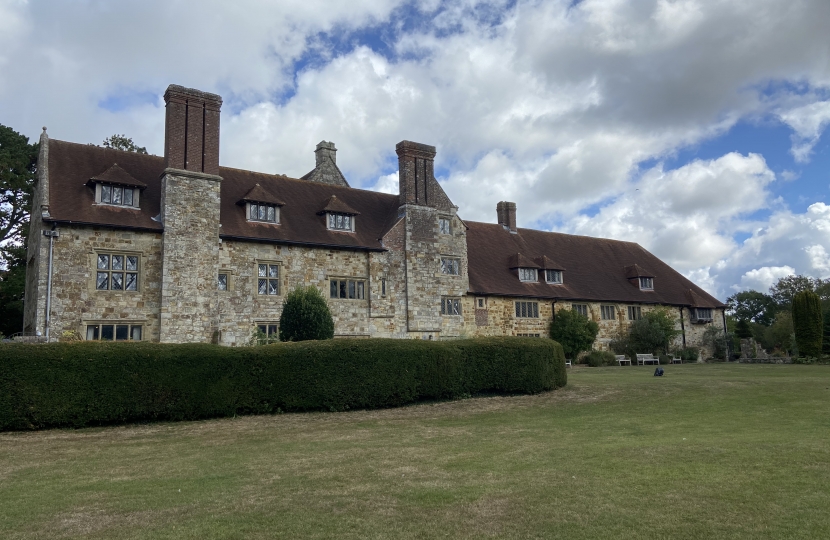 Nusrat Ghani, MP for Wealden, has secured a meeting with new Area Director of the Environment Agency, Simon Moody, to discuss various projects across Wealden and especially the progress of Michelham Priory moat case.

During the meeting, Nusrat praised the success of the recent works at Eridge Stream for which she secured £20,000 from the Agency. The habitat improvement project introduced new spawning sites for trout and other fish to the stream and changed it to a more favourable environment of fast-flowing ripples. The success of the project is already showing as new colonies of fish have been spotted in the improved section of the stream.

However, the biggest project currently remains the Michelham Priory moat restoration. After learning about issues surrounding the moat last year, Nusrat held an urgent debate in Parliament and called for immediate action to fix the sluice gates, de-silt the moat, remove invasive plants and restore water supply. For the past year, Nusrat has been working in partnership with the EA and Michelham Priory management to accelerate the works. Nusrat is in regular contact with the EA and the Priory management to oversee the progress.

Nusrat Ghani said: “I am pleased that we have so many success stories across Wealden, such as the Eridge Stream project, from the cooperation between local organisations and the Environment Agency. However, the issues of Michelham Priory moat are a matter of great urgency. I am pleased that works to restore this fantastic historical asset are ongoing and I will be keeping a close eye on the case. I look forward to working with Simon and his colleagues on future projects as well as on protecting this treasured piece of our heritage and helping it thrive.”