Nusrat Ghani continues to campaign for extended sentences for necrophilia 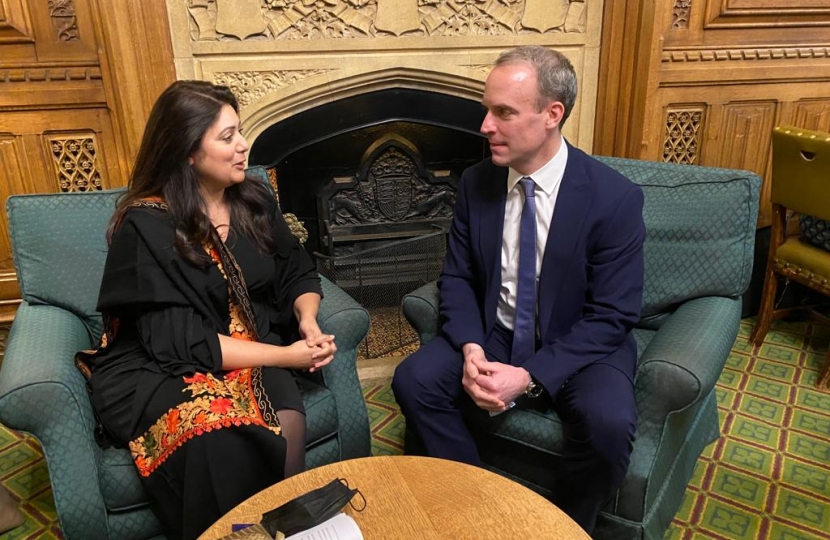 Nusrat Ghani, MP for Wealden, has held further meetings with the Justice Secretary Dominic Raab regarding her campaign to extend sentences for necrophilia.

Necrophilia is illegal under the Sexual Offences Act 2003, but at present the maximum sentence is only two years. Nusrat has previously called on the Justice Secretary to review the legislation and ensure that the maximum sentence is extended from two years to potentially ten years for each offence, to fit this abhorrent crime. She has subsequently held a series of meetings with the Justice Secretary and Ministers to progress the matter further.

Last week, an inquiry was launched by Sir Johnathan Michael to investigate Mr Fuller's horrific crimes. The progress of the inquiry can be followed through its website www.fuller.independent-inquiry.uk.

Nusrat Ghani said: “I’m pleased that the Government is reviewing the current sentencing laws and I’m pleased to be progressing the matter further by continuously working with the Justice Secretary and the Ministry of Justice on increasing the maximum sentence to potentially 10 years for each offence. I welcome the inquiry launched by Sir Jonathan Michael. His team must leave no stone unturned in establishing where the failings were to ensure nothing like it can ever happen again.”