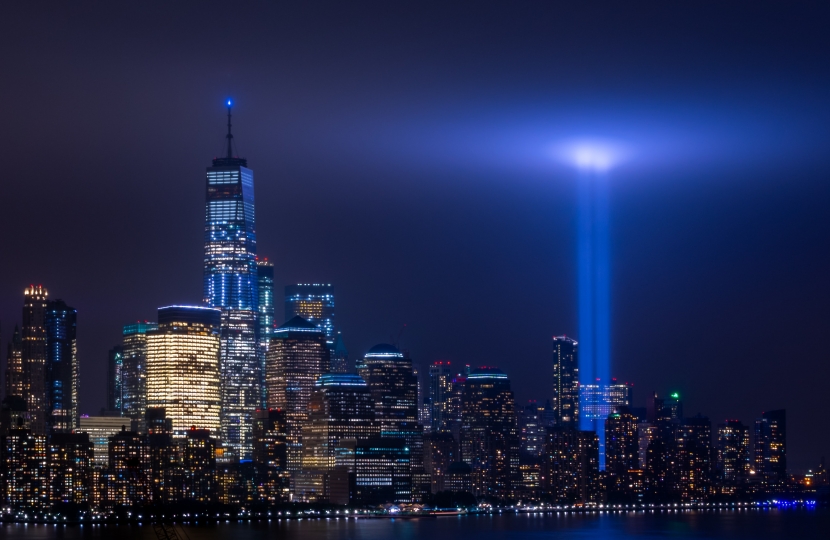 Nusrat Ghani, MP for Wealden, was one of the speakers at the 20th anniversary of the terrorist attacks on 11 September 2001 - the deadliest terrorist incident in world history. The event was hosted by UK charity SINCE 9/11 and included speeches from survivors and children of those who tragically lost their lives.

SINCE 9/11 is a UK educational charity which was set up on the tenth anniversary of September 11th 2001 to ensure that the legacy of 9/11 is one that builds hope from tragedy. To learn more, visit: www.since911.com. 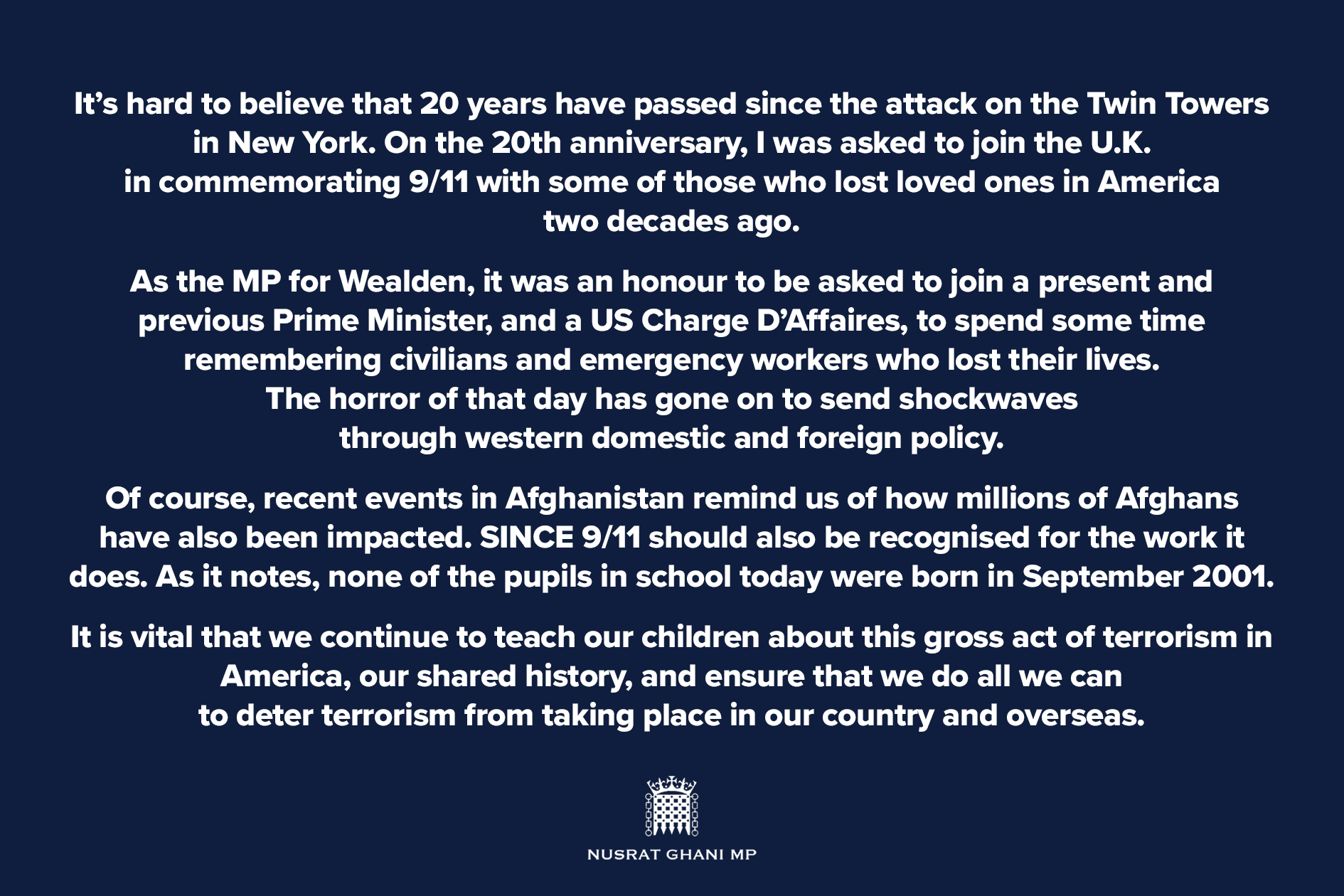