Nusrat Ghani attends event on the Xinjiang Crisis and Genocide 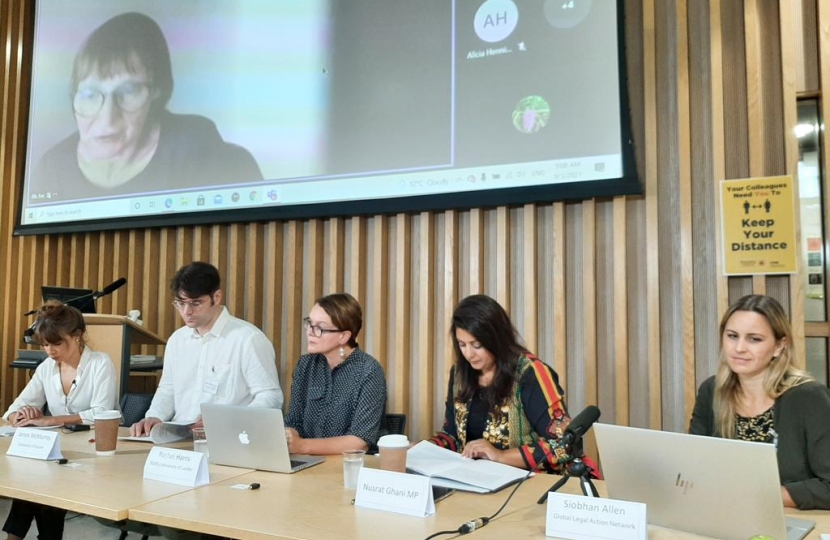 Nusrat Ghani, MP for Wealden, attended a three day event at Newcastle University. The event was titled The Xinjiang Crisis: Genocide, Crimes Against Humanity, Justice and brought together leading academics, lawyers, NGOs and politicians to discuss genocide; its history, context, and the current situation in Xinjiang. Hosted by Dr Jo Smith-Finley, who was also sanctioned by the PRC for her work on Xinjiang in March 2021, this was a landmark event. 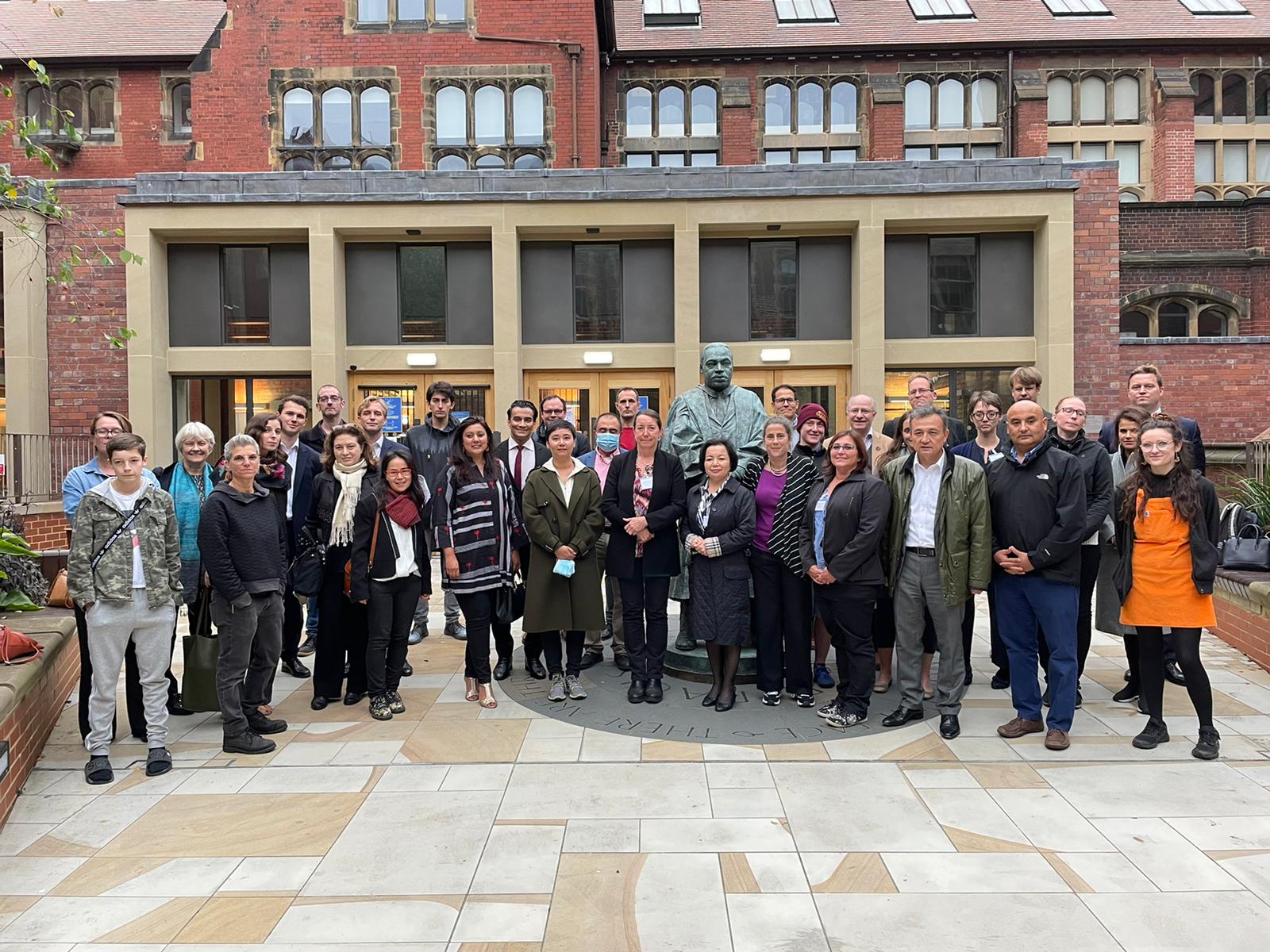 Nusrat spoke at two events, and chaired a third.

On Thursday evening, she spoke at the event 'Upholding UK responsibilities to protect in Xinjiang - What does this mean in policy terms.' During this event Nusrat discussed the the work she had done both through the Genocide Amendment to the Trade Bill and having Parliament unanimously declare that genocide is taking place in Xinjiang. As she explained, much of this work is taking place to try and plug gaps in Government policy towards China. She spoke alongside Kate Ferguson (Protection Approaches), Sophie Richardson (Human Rights Watch), Tom Tugendhat MP (Chair, UK Foreign Affairs Committee) and Stephen Kinnock MP (Labour Shadow Minister for Asia and the Pacific). The event was chaired by Tatyana Eatwell, a barrister. The event can be viewed here.

On Friday morning, Nusrat spoke at the event 'Response(ibility) of International Institutions and Corporations.' During this event she discussed the recommendations the Business, Energy and Industrial Strategy (BEIS) Committee made as part of its inquiry into Uyghur forced labour in Xinjiang and UK value chains, and took questions from the audience. Nursrat spoke alongside Siobhan Allen (Global Legal Action Network), Eva Pils (Kings College London) Laura MURPHY (Sheffield Hallam University), Alicia Hennig (TU Dresden, IHI Zittau), Rachel Harris (SOAS, University of London) and James McMurray (University of Sussex). The event was chaired by Kate Ferguson (Protection Approaches). It can be viewed here.

Nusrat then chaired a panel event, PRC Domestic Law, the Xinjiang Camps and Transnational Advocacy This saw three speakers discussing their research, and a YouTube link to watch the event can be found here:

The event finished on Friday evening. It was a unique chance for academics and lawyers to understand policy in Westminster, and for politicians to learn more about the wider context of genocide and its history. It received global coverage thanks to the Associated Press. Read articles in the UK, in the US (and here), in India (also here and here), in Japan, in the Middle East (and here), and in France, among others.