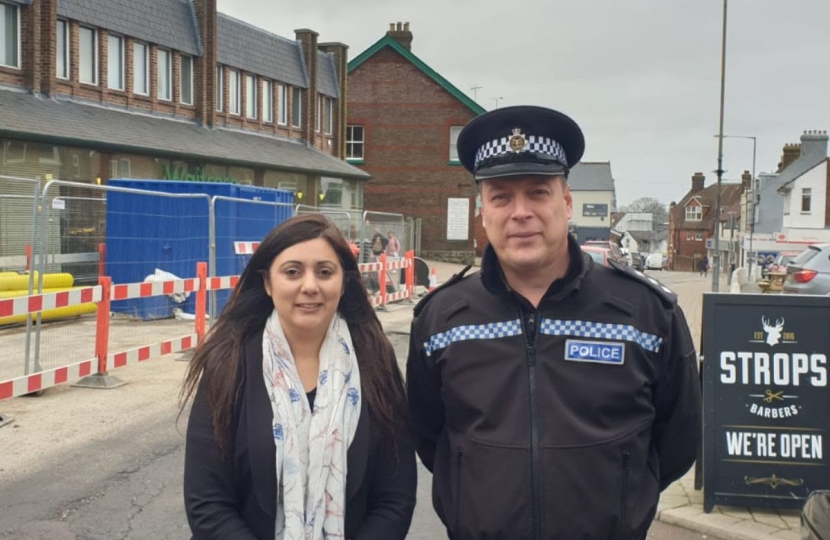 Nus Ghani, MP for Wealden, has met with Sussex Police to discuss the growing concerns of dog theft amongst Wealden residents.

Reports of increased pet crime, especially dog theft, across the UK have recently appeared in the media, raising fears amongst local pet owners. Nus has virtually met with Sussex Police to seek assurances after several Wealden residents have written to her to share their concerns.

In January, Sussex Police launched a dedicated operation ‘Op Collar’, led by the Rural Crime Team, to respond to and help prevent dog thefts in Wealden and across Sussex. Under this dedicated police response to pet theft, all future reports made to Sussex Police about this crime will be tagged and tracked. The Rural Crime Team continues to build the intelligence picture behind those responsible for incidents of pet crime in Sussex and work continues to identify suspects involved and reunite the dogs with their owners.

However, many of the incidents reported as theft also include cases of missing dogs, which are not correctly reported when found. This can then lead to false reports and misinformation. Sussex Police recorded 31 dog thefts in 2020 but at least 12 of those were disputes over dog ownership between known parties.

Nus Ghani said: “Pet theft is a dreadful crime, causing great distress to owners and the animals. Whilst I was pleased to learn that dog theft is not a widespread issue in Wealden, I appreciate that incidents have been on the rise across the country, increasing fear amongst dog owners. I am grateful to the Rural Crime Team for their hard work to keep our pets and our communities safe and I am pleased that the Government is currently reviewing the issue of pet theft and opportunities for tougher penalties.”