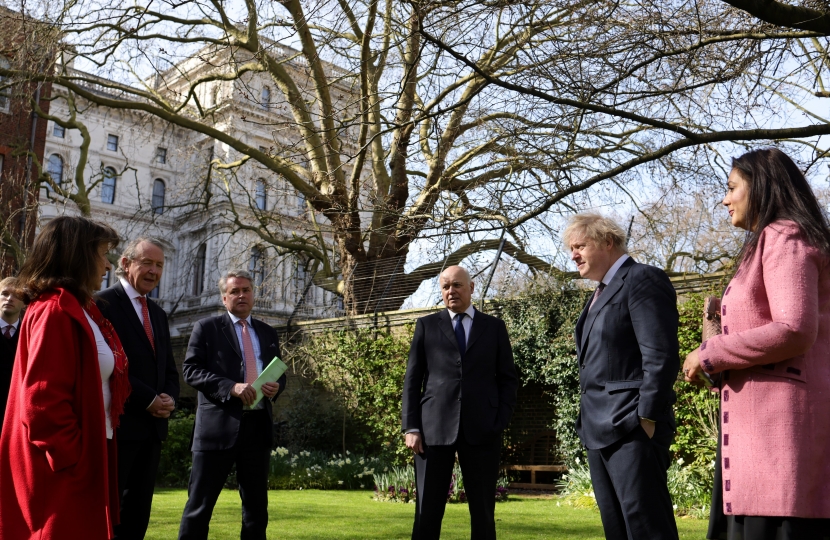 Nus Ghani, MP for Wealden, has met with the Prime Minister for discussions after she had been sanctioned by the Chinese Communist Party for highlighting gross human rights violations and investigating genocide in Xinjiang.

Last week, the Chinese Communist Party sanctioned Nus, alongside other parliamentarians, a top lawyer and leading academic, claiming that she had been “maliciously spreading lies” about human rights abuses of the Uyghurs in China’s province of Xinjiang. Nus has been banned from entering China and Chinese citizens and institutions will be prohibited from doing business with her.

Nus has been a strong advocate for the Uyghurs, leading a parliamentary Select Committee inquiry into UK business supply chain links to slave labour in Xinjiang, and leading the Genocide Amendment to the Trade Bill to prevent the UK from trading with genocidal countries. The sanctions prove that her work is having an impact and is reaching the ears of those who matter in Beijing.

On Saturday morning, Nus was invited to Downing Street for discussions with the Prime Minister, who offered his support and shared the following statement on social media: “This morning I spoke with some of those who have been shining a light on the gross human rights violations being perpetrated against Uyghur Muslims. I stand firmly with them and the other British citizens sanctioned by China.”

Nus Ghani said: “I am grateful to the Prime Minister for meeting me and some of my sanctioned colleagues for a discussion of the plight of the Uyghur, genocide and sanctions, and for his firm support. We will not allow foreign powers to intimidate elected Members of Parliament and undermine our democracy. To sanction democratically elected Members of Parliament for doing their jobs is extraordinary. This is a wakeup call for all democratic countries that we will not be able to conduct our day-to-day business without China sanctioning us for exposing what’s happening in Xinjiang.

“I will not be intimidated or silenced by these sanctions. I will continue to use my freedom to raise the plight of the Uyghur and I will take this sanction as badge of honour.”