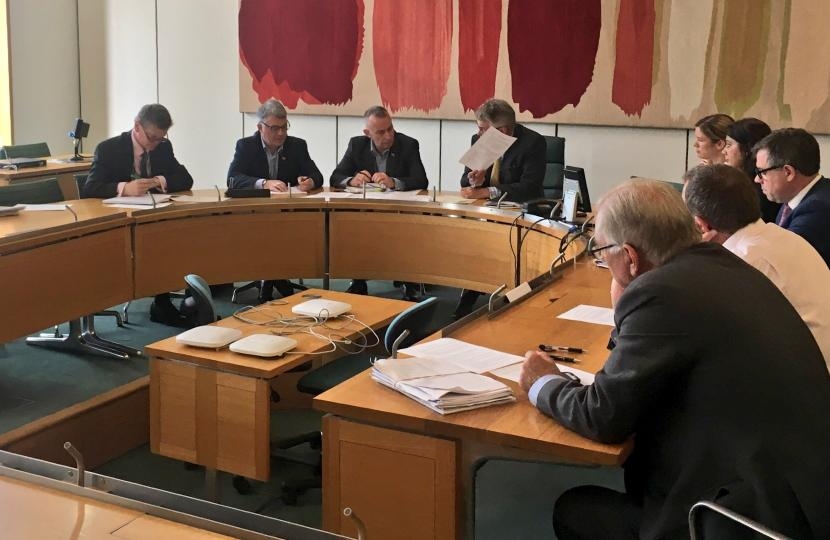 This week in Parliament there was a cross-party meeting of Conservative, Labour, Lib Dem and Green MPs with the RMT, including the RMT’s General Secretary, Mick Cash. MPs were keen to meet the unions in order to understand the reasons behind the ongoing industrial action caused by a failure from both parties to arrive at a solution.

MPs were surprised to hear that the RMT had put out a press release saying that they were going into talks with MPs with a plan to settle the row. However MPs were disappointed that no such plan arose at the meeting. Instead discussions focussed on the small amount of trains travelling without an On Board Supervisor (OBS) since the Driver Only Operation (DOO) system was introduced in January 2017.

MPs expressed continued frustration over the failure of both sides to comes together and arrive at some sort of an agreement to solve this issue. Tim Loughton put forward the idea of GTR creating a performance management indicator to monitor the number of trains without OBS and develop a penalty system if GTR fail to ensure OBS are on 100% of trains.

Commenting on the rail strikes, Ms Ghani said: “I was disappointed but not surprised that RMT expressed very little willingness to reach a settlement. The unions have rejected a 24% pay rise and DOO trains have met all safety requirements, as such, it is evident that the dispute is being deliberately exacerbated by the unions, for political reasons.

At the meeting, I called for the union to end the industrial action and to come to a common-sense agreement with GTR as soon as possible. It is vitally important that the unions and GTR to come up with sustainable solutions based on the constructive recommendations of the Gibb report. On behalf of my constituents, and all those who rely on Southern, I will continue to do everything I can to secure the reliable rail service that is so sorely needed.”