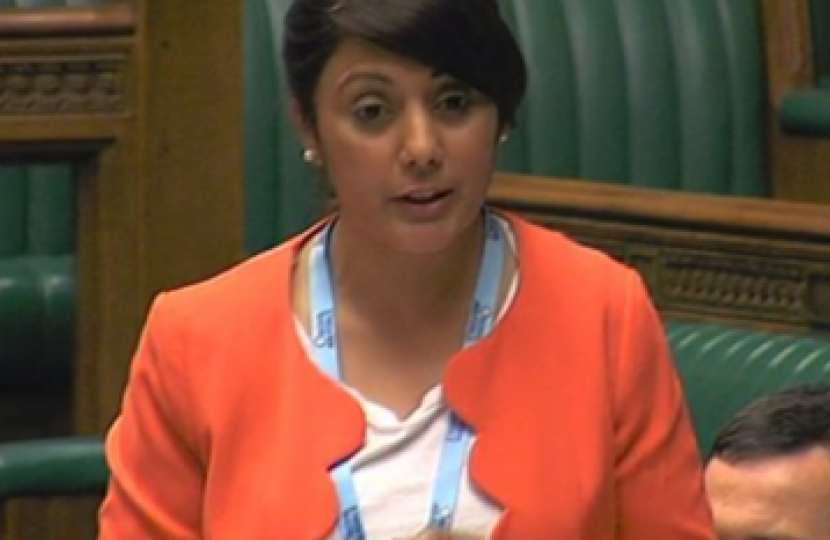 The Home Office fulfils the vital role in Government of keeping citizens safe and the country secure. Since 1782, the department has covered homeland security and policing, immigration and borders, counter-terrorism, cyber security, modern slavery and all forms of domestic violence.

As a member of the prestigious Home Affairs Select Committee in the previous Parliament Ms Ghani examined a range of these issues, including counter extremism, counter-radicalisation, EU policing and security, immigration and policing.

Commenting on the promotion, Ms Ghani said: “I am delighted to have been appointed as PPS to the Home Office, which is headed by our very own Sussex MP, Rt Hon Amber Rudd as the Secretary of State. This opportunity is a new challenge for me, after sitting on the Home Affairs Select Committee for 2 years and serving as the Chair of the Prime Minister’s Apprenticeship Diversity Champions Network.

Over the next few years the Home Office will be at the forefront of reforming our Counter Terrorism strategy with the establishment of a New Commission for Countering Extremism, and delivering on bold steps already taken to address domestic violence. As we are leaving the EU, the Home Office will also be tasked with managing immigration from within the EU.

I look forward to playing a small part in all of this important work.”