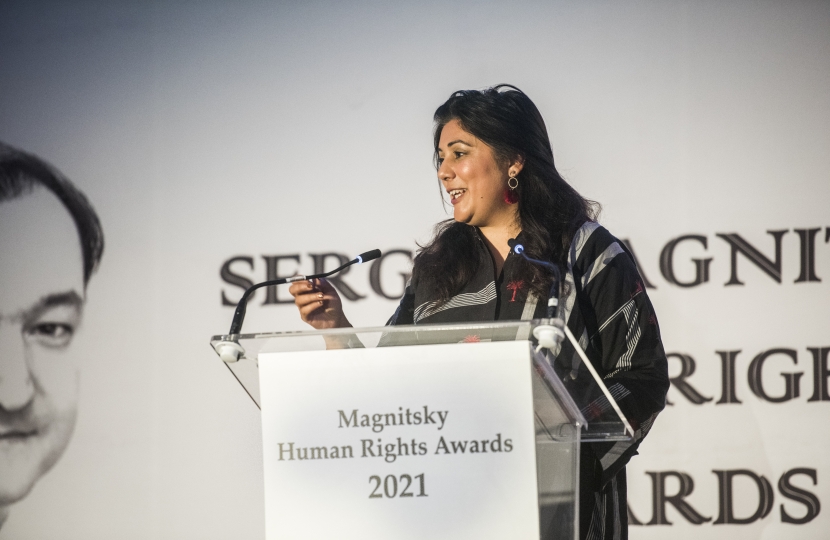 I was delighted to participate and present at the annual Magnitsky Awards in London.

The Magnitsky Awards are in recognition of Bill Browder’s Russian lawyer, Sergei Magnitsky, who uncovered large-scale tax fraud in his home country and died in prison after giving evidence against corrupt officials. I am pleased to have spent the last few years working with Bill on preventing and exposing genocide.

Each award recognises the winner has risked life and limb for democracy and human rights - they are proof that we will not be intimidated by despotic regimes and dictators.

It was particularly powerful to see Nazanin Zaghari Ratcliffe’s daughter Gabriella accepting the 2021 Magnitsky Award for Courage Under Fire for her mother’s bravery. She told the audience that she just wanted her mother back, and as Bill noted, there’s nothing more powerful than that.

I was honoured to be recognised for my work by being asked to present the Outstanding Human Rights Activist Award to Peter Dahlin. Having been detained in China for championing human rights, he has launched a new NGO dedicated to keeping the fight going.

Magnitsky Sanctions have been adopted by the UK, USA, EU and Canada and applied against Chinese, Russian and other individuals responsible for human rights violations. 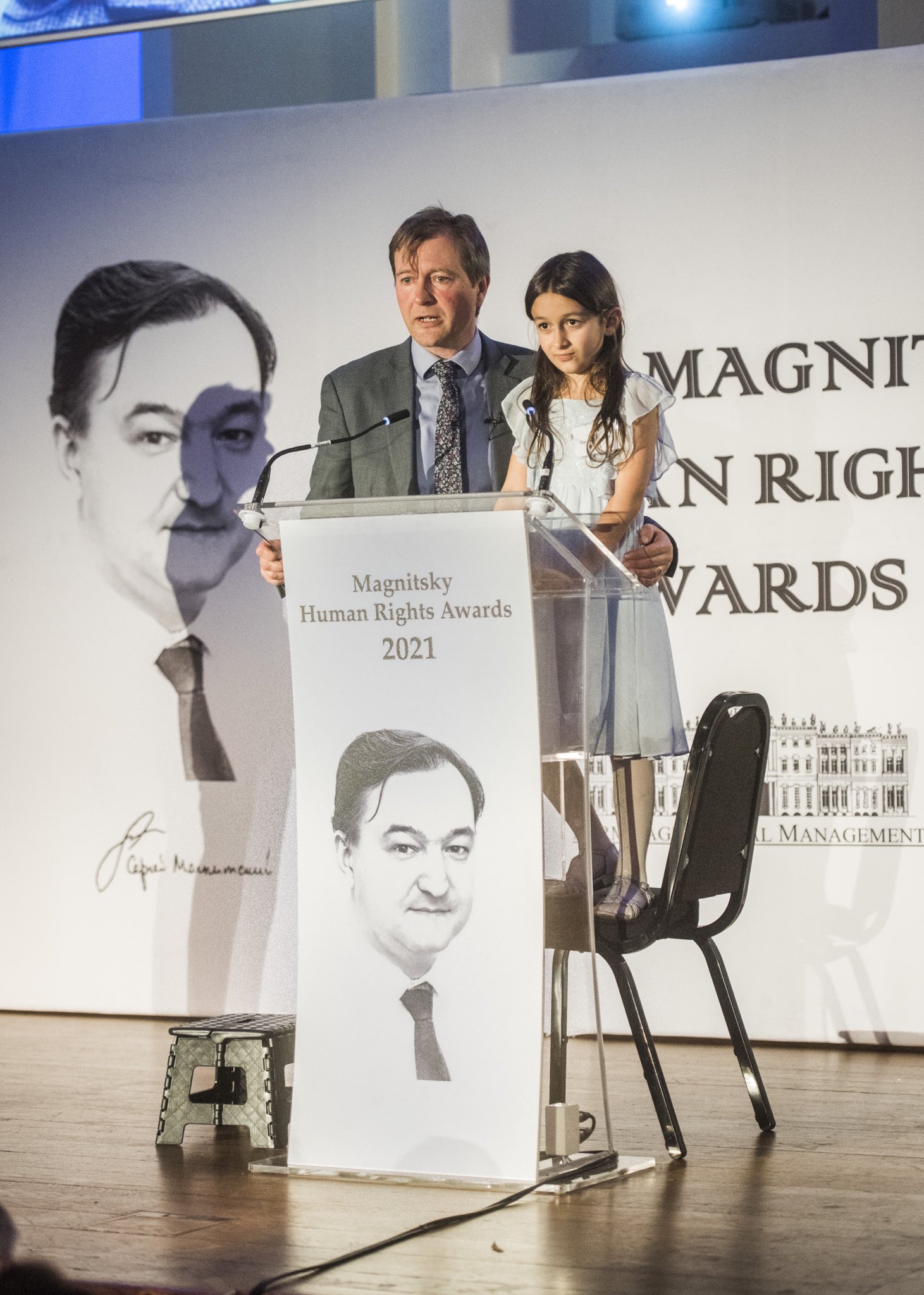