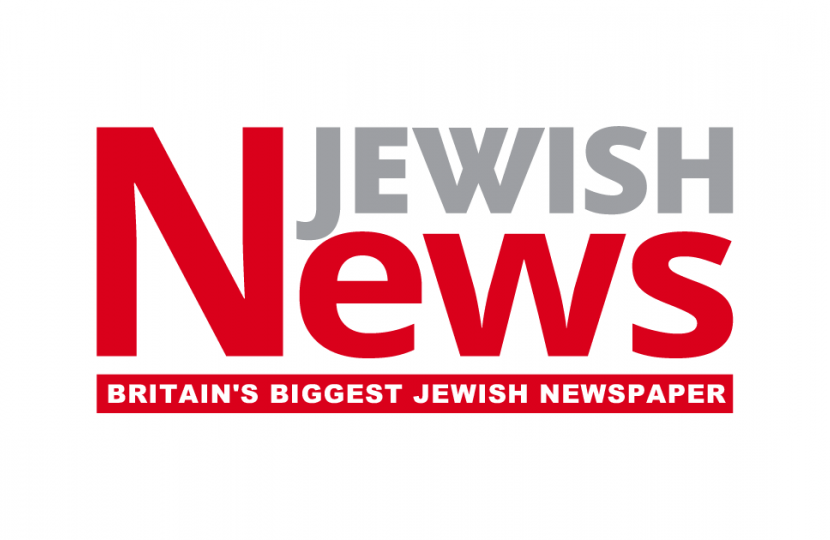 Hundreds of demonstrators protested China holding the Winter Olympics, with many branding it the ‘genocide games’ due to the country’s alleged human rights abuses, and treatment of Uyghur Muslims.

Protestors attended the two-hour rally in Piccadilly Circus holding banners reading:  “Together We Resist”, “Beijing 2022 = sports washing Genocide”, and “Where are my relatives?”, eluding to claims that more than a million Uyghur Muslims have been incarcerated in camps by authorities.

Human rights groups have raised concerns about camps in Xinjiang, a region in the country’s northwest, with clams of forced labour, rape, and sterilisation.

This comes after Jewish News campaigned to raise awareness of the plight of Uyghur Muslims, including the signing of a petition by more than 150 Parliamentarians, urging the British government to ratchet up pressure on the Chinese government.

During the protest, attended by MPs Nus Ghani and Afzal Khan, campaigners expressed anger at the International Olympic Committee’s decision to award China the Winter Games, which begin on 4 February.

They enacted a mock medal ceremony, with a protester, wearing Xi Jingping mask being awarded a gold medal for violation and abuse of human rights, while another gold medal was given out for the destruction of democracy.

During the protest, former Conservative Minister, Nusrat Ghani, who recently claimed she was sacked from the cabinet because colleagues said her “muslimness” made them feel “uncomfortable, led chants of: “No to the genocide olympic games!”

During her speech she said: “No one can deny what is happening against the Uyghur people. The crime of all crimes: genocide.”

Labour MP Afzal Khan, who also spoke during the event, told the Jewish News: “We’ve seen recently how the communities here, of different faiths including the Jewish community, have shown leadership. We said after the Second World War “never again” and we see now again, again, that there is another genocide. There is a responsibility for all of us really to stand up.”

Human rights activists and Uyghur muslim campaigner Rahima Mahmut explained to The Jewish News that this protest is “an alternative celebration to show the unity of the people suffering under the CCP.”

She added: “The game itself is the biggest scandal in the 21st century. Piccadilly Circus is a good place to raise awareness to raise our voices and make a statement so people understand what is happening and why these olympic games are being condemned as the genocide games.”

Dilnaz Kerim a 19-year-old Uyghur Muslim told Jewish News she hasn’t been able to speak to her family in China for almost seven years.

“I wanted to raise more awareness about my family because the CCP is not only lying to me but many, many other Uyghur families.”

Olaf Stando, who set up the campaign group Never Again Right Now in 2020, told Jewish News: “There is too much complicity about the Uyghur genocide. We knew about the situation in East Turkestan ever since 2019 or so… but the world just stood still.

The idea to [set up Never Again Right Now] actually came after a 2019 Holocaust Remembrance Day, we started thinking, how do we make sure that “never again” means something, that “never again” is action driven (…) we said as Jews we have a moral duty, we have a responsibility to not just say “never again” but to show solidarity with those persecuted by China.”