GHANI WELCOMES PARLIAMENTARY DEBATE ON THE PLIGHT OF THE UIGHURS 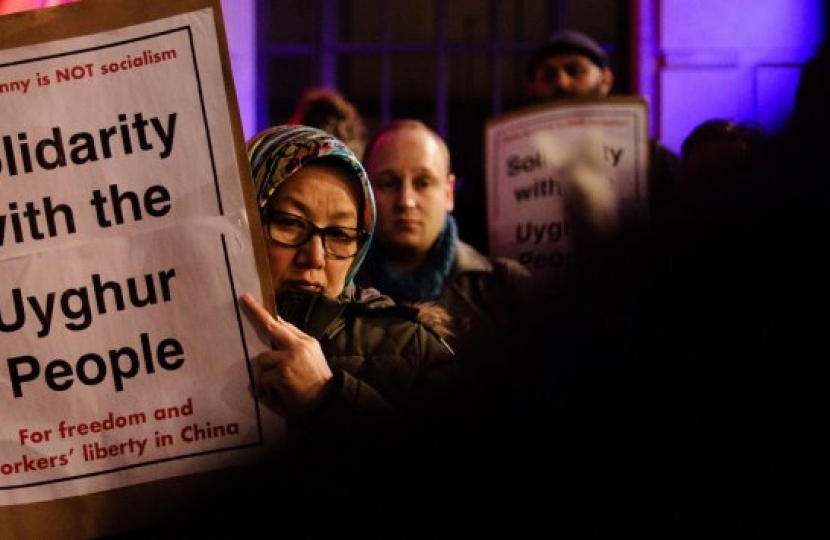 Nus Ghani, MP for Wealden, welcomes a parliamentary debate on China’s policy on its Uighur population.

A Westminster Hall debate on e-petition relating to China’s policy on its Uighur population will be held in Westminster Hall today, Monday 12 October, at 6.00pm. The Uighurs are subject to mass detention, mass surveillance, restriction of religious and cultural identities, as well as other gross human rights abuses. Over a million Uighurs have been forced into re-education camps.

The petition urges the UK Government to impose sanctions on China, through the Magnitsky law or alternative means, for their human rights violations on the Uighur people. The petition ran for six months before closing last month. It received 146,344 signatures, including many signatures from Wealden constituents.

Nus is continuously inundated with correspondence from Wealden residents regarding human rights abuses in China, and UK businesses' links to Chinese slave camps. She is concerned about China’s role at the United Nations and the power it can exert, and called for a tribunal to assess the situation.

She has long been calling on the Government not to stay silent on China’s ethnic cleansing of the Uighurs and urged it to apply the Magnitsky sanctions to all those who violate basic human rights.

Nus has spoken about China’s human right abuses in Parliament on multiple occasions, written articles for the Telegraph, Politics Home and the House Magazine, and spoken about the issue on Good Morning Britain, BBC Radio 4 and LBC news.

Nus is currently leading a parliamentary select committee inquiry which will explore the extent to which business in the UK are exploiting the forced labour of Uighurs in Xinjiang. This inquiry will help to get a clearer picture of the extent of the problem regarding UK-Xinjiang supply chains and recommend what steps the Government could take to ensure that businesses and consumers in the UK do not perpetuate forced labour and human rights violations.

Nus Ghani said: “I have received an overwhelming volume of correspondence on this issue from Wealden residents. Like them, I am deeply concerned about China’s actions in Xinjiang. I have been working with Jewish News to help end the plight of Uighur people in Xinjiang and hold China accountable for its actions. I am grateful to the 150 colleagues from across the House of Commons and House of Lords that have come together to support the campaign. It is time for the Government to set out in detail how it will respond to this injustice.”