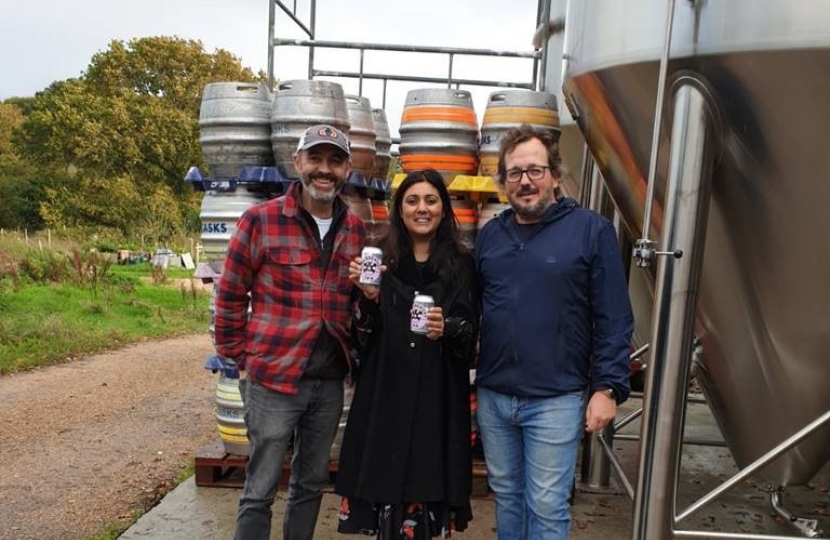 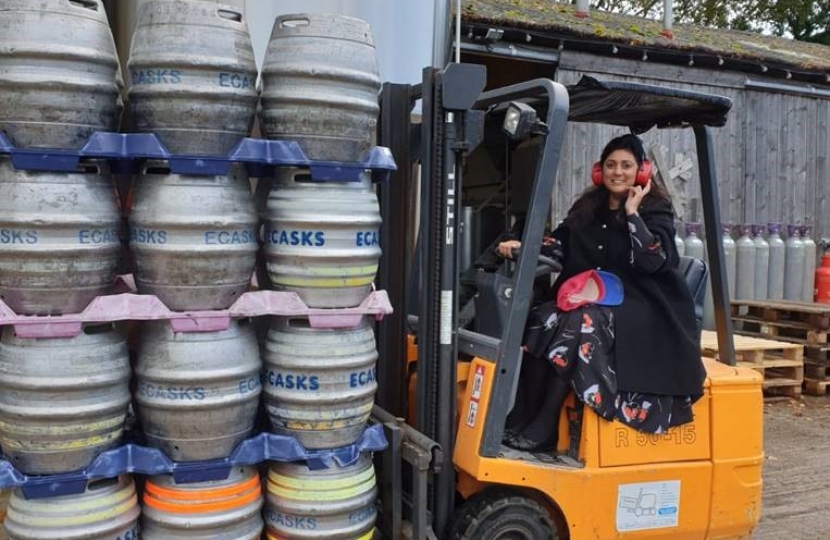 The visit was an opportunity for Nus to catch up with the local brewery, which currently employs a mixture of specialist in brewing and marketing staff. Gun Brewery supplies mostly to independent pubs and outlets, such as the Coopers Arms in Crowborough.

During their discussion with Nus, Mark Berry, Director for Gun Brewery raised concerns regarding the Small Breweries Duty Relief, which allows local breweries such as themselves to enter the market by reducing beer duty. Duty Relief is key in supporting local employers such as Gun Brewery to get their passion for craftsmanship into pubs, giving greater choice to consumers.

Since being elected Nus Ghani has been a champion for Wealden’s local beer and wine industries. She had previously successfully lobbied for the Government to increase the proportion of English wines to be served at diplomatic events and functions across the world. Nus takes a close interest in the growth of local breweries and vineyards which she considers to play an integral part in the communities across Wealden.

“I am pleased to be back at Gun Brewery and see how they have grown. The last time I was here, they had just sold their first pint. This is indeed an exciting local business with close links to the community and I would like to see them continue to thrive.”

“I will, of course, do my best to lobby the Treasury to address the “cliff-edge” for the Small Breweries Duty Relief. Additionally, I will be raising this with the Department of International Trade as they should be championing local British products, especially those main Wealden, such as those from Gun Brewery.”

“I would also like to applaud Gun Brewery for their environmentally-sustainable approach – I have learnt that they generate a significant amount of energy they use from on-site solar panels and that the water used for brewing comes from their own spring source underneath the brewery. This is indeed a sustainable local product that we can all be very proud when we enjoy a tipple from time to time.”

I am looking to appoint a hard-working, enthusiastic and experienced Communications Officer to work in my constituency office.

Main duties include, but are not limited to: