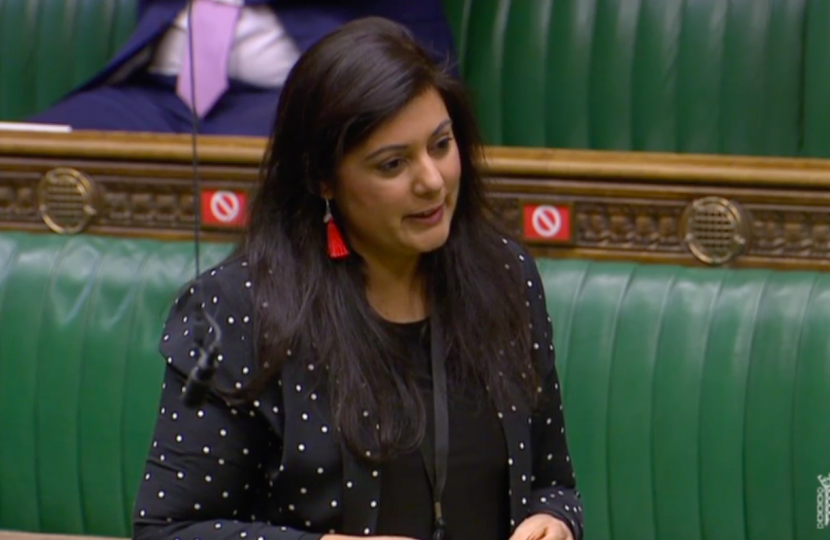 Nus Ghani, MP for Wealden has responded to new BBC research which indicates that China is forcing hundreds of thousands of Uyghurs and other minorities into hard, manual labour in the cotton fields of its western region of Xinjiang.

Nus is currently leading the Business, Energy and Industrial Strategy (BEIS) Committee inquiry into the Forced labour in UK supply chains. The Committee has heard from a variety of witnesses including Boohoo, H&M, TikTok, The North Face, and Nike, and will be publishing a report, including its findings and recommendations, in the new year.

Nus has also spoken on the issue in Parliament today (16 December 2020) and called for the Government to work with the incoming Biden administration in preventing genocide and human rights abuses against the Uyghur. Nus’ speech is available here.

Nus Ghani said: “For those who thought cotton picking slave labour was a thing of the past, this BBC report is their answer. The report has once again shed light on the extent of slave labour in Xinjiang and it appals me, and I’m sure the vast majority of British consumers, that slave labour is alive and well in China. The investigation highlights the difficulties around supply chain transparency and the need for all companies to go further in guaranteeing they are not implicated in forced labour in Xinjiang. All UK businesses must now wake up to these disturbing realities, stop denying knowledge of what is taking place, examine their supply lines rigorously and make sure they are absolutely clear that they are not profiting from slave labour and abuse of the Uyghurs.”

The full report from the BBC is available here.