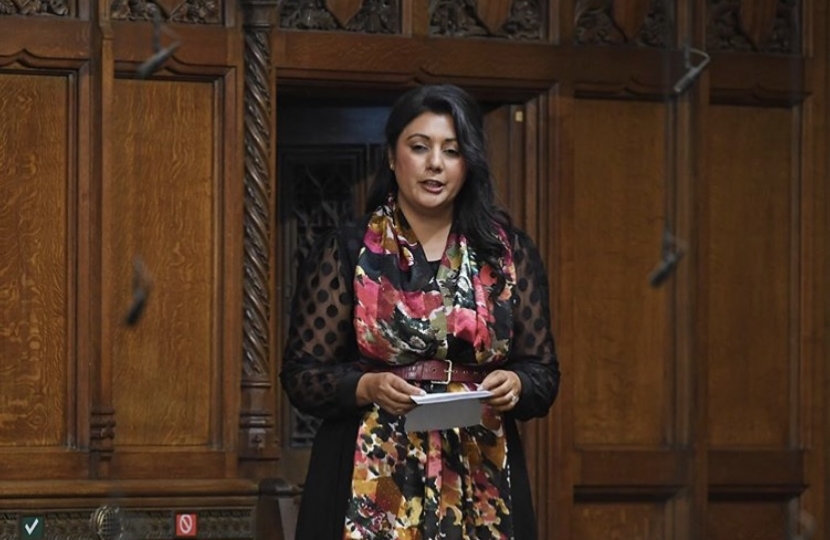 Nus Ghani, MP for Wealden, is currently leading a parliamentary select committee inquiry which explores the extent to which business in the UK are exploiting the forced labour of the Uyghurs in Xinjiang.

The Business, Energy and Industrial Strategy (BEIS) committee has questioned fast-fashion retailers and tech companies to investigate whether UK firms are profiting from the misery of Xinjiang’s Uyghur population. The Business Minister was also asked about whether Britain’s Modern Slavery Act, Prison Goods Act and our business auditing and transparency laws and relevant penalties are fit for purpose.

Via BEIS select committee, Nus has written to a range of businesses in sectors including fashion, retail and information technology, to seek answers. The letters include questions around supply-chain transparency and regarding evidence of compliance with labour, procurement and anti-slavery laws.

More than a dozen big high street brands that source products in China, including H&M, Boohoo, Nike, The North Face and TikTok, were asked to submit written evidence and faced questions in an oral hearing.

However, TikTok have confirmed that they would submit to an algorithmic censorship review to resolve concerns over data sharing and censorship.

They have also invited the committee to visit its “transparency centre” to see how the company moderates content and to review its current algorithm.

Nus Ghani said: “There have been a series of accounts of products being sold in the UK which can be traced back to forced labour at camps in China. This week, I had a valuable opportunity to ask prominent businesses operating in Britain in these sectors what they are doing to ensure their profits are not on the back of forced labour in China. These businesses are trusted names for many British consumers, and they should be publicly held to account.”

“Britain must not be a safe haven for businesses profiting from Uyghur forced labour. There must be no place to hide for companies complicit in human rights abuses. Britons deserve transparency, so they can make informed choices as consumers.”

All media coverage of the campaign and the inquiry is available here.

Press Release from the BEIS Select Committee is available here.

Video of the session is available here.