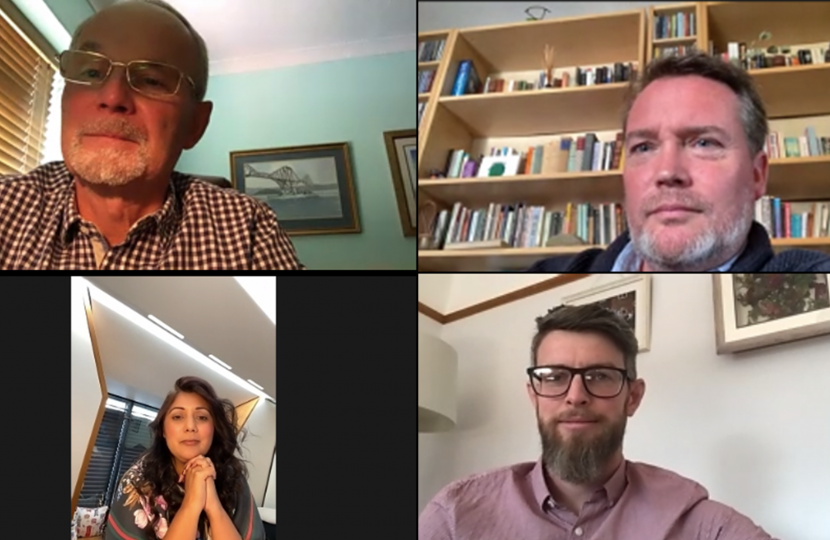 Nus Ghani, MP for Wealden, has met with representatives from the Environment Agency (EA) and Sussex Archaeological Society (SAS), to discuss the future of Michelham Priory moat and implement a management strategy.

This meeting comes as a result of Nus holding an urgent parliamentary debate on the issue earlier this month and raising the issue with Ministers.

Michelham Priory boasts Britain’s longest continual medieval water-filled moat, which stretches a mile and encircles its site. However, due to gradual silt deposition and increasing invasive growth of aquatic plants, the moat has been deteriorating. The loss of available water in the moat has archaeological and environmental ramifications and the moat has to be de-silted and filled with water imminently, or it will be completely lost.

Nus has serious concerns about the Environment Agency’s lack of management and maintenance of two water control structures, resulting in no water supply to the moat during dry weather periods. At this meeting, plans to fix the gates, de-silt the moat, remove invasive plants and restore water supply were discussed, and the EA has committed to urgently review the issue. Regular meetings will continue to take place in the future, to monitor progress.

Nus Ghani said: “The issues of Michelham Priory moat are a matter of great urgency and need to be resolved imminently. I was delighted to meet with our area representatives from the Environment Agency and to discuss ways to ensure sustained water and silt management. I welcome their assurances to work with the Sussex Archaeological Society and provide a tangible plan for solving the problem, and a long-term management strategy. I look forward to working with the EA and meeting regularly to discuss the progress of this case.”

We are extremely lucky that East Sussex has such a rich history and boasts many great heritage sites.