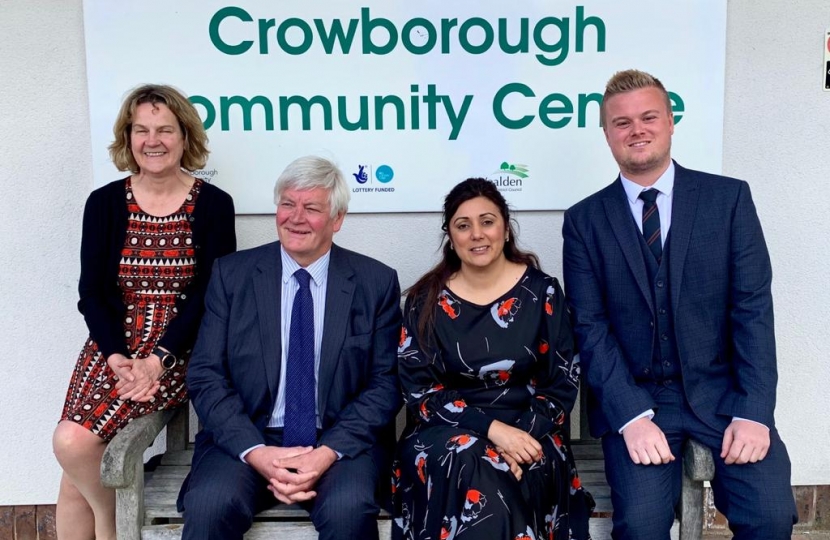 Responding to the requests of a large number of constituents, Nusrat Ghani MP met with BT Openreach to discuss the woeful internet provision in rural villages across Wealden.

The discussions, which took place in Crowborough during an open MP surgery, raised cases for both residents and businesses from Frant, Wych Cross, and Upper Dicker, amongst others.

BT Openreach outlined successes they felt that they had in Wealden: now claiming to cover 93.8% of the constituency for internet access, whilst also giving Nusrat assurances that the next stages of work would focus heavily on rural areas with poor internet access.

This comes as the government brings its revolutionary Universal Obligation legislation into effect in December this year, which demands minimum download and uploaded speeds for internet access, just as acceptable levels are mandated for other utilities such as water and electricity.

These assurances included an explanation of BT’s Openreach phased approach to upgrading internet in those areas, a process they are operating in close collaboration with the council on.

WiFi provision and internet access have been major campaigning areas for Nusrat since her election as MP for Wealden in 2015, with Nusrat holding regular meetings with providers as so to keep them accountable to their paying customers in Wealden.

This meeting will be followed up by future meetings with Councillors Keith Glazier and Rupert Simmonds to discuss a joint approach to improving internet access, as well as by the publication of new resources relating to internet access in Wealden on Nus’ website: www.nusghani.org.uk .

Constituents wishing to report further issues can do so to Nusrat.ghani.mp@parliament.uk , or by participating in Nusrat’s regular broadband speed survey when received at their residential address.

“I was pleased to be able to meet with BT Openreach during one of my regular constituency surgeries, and to raise local concerns regarding internet provision with them.

“Speedy access to the internet is one of the cornerstones of the rural powerhouse economy I have passionately advocated for in East Sussex.

“Businesses cannot work without reliable utilities, so this is an issue that I will continue to address until it is solved.

“I was particularly pleased to receive an assurance that BT Openreach is working explicitly to improve service in areas with significant numbers of businesses.

“Whilst there have been improvements, there remains much to be done, and I will continue to lobby aggressively on behalf of my constituents to achieve it.

“I urge any home or business-owner struggling with their access to the internet to get in touch with my office.

“I am determined to work with the District and County Councils to challenge BT Openreach to focus on ensuring excellent service for all of Wealden, and not allowing them to leave out smaller, more isolated communities, away from large population centres.”

Nus Ghani welcomes the promotion, by Wealden District Council, of the Street Learning courses designed to equip residents in Wealden and Eastbourne with new and exciting skills.