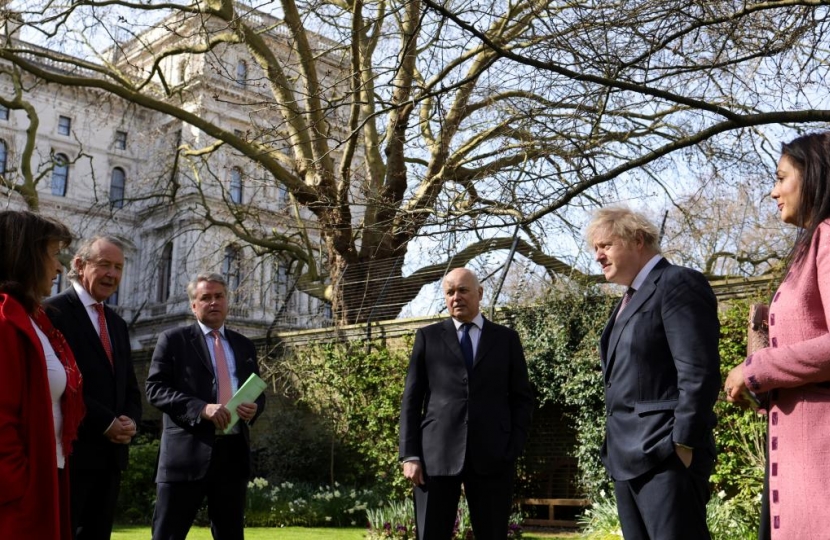 Nusrat Ghani, MP for Wealden, has welcomed a response from the Foreign Secretary regarding the Winter Olympics taking place in Beijing.

Along with other IPAC members, Nusrat signed a letter to the Foreign Secretary on 7 December 2021. It read:

In the Uyghur Region, the PRC government is carrying out a brutal campaign of persecution against Uyghurs and other predominantly Muslim Turkic groups. Abuses include the internment of at least one million individuals, widespread forced labour and mass forced sterilization. A growing number of legal investigations have found credible cases for Genocide and crimes against humanity in the Uyghur Region.

Against this background, it is unthinkable that the Beijing 2022 Winter Olympics should continue as normal. It is right that sport should stay above politics, but this does not permit turning a blind eye to industrial scale human rights abuses.

We call on you to publicly confirm that you will not accept any invitations to attend the Beijing 2022 Winter Olympics or its associated events. Furthermore, we are asking that no members of the Royal Family, no Ministers and no officials - particularly not Ambassador Caroline Wilson DCMG, the British Ambassador to the People’s Republic of China – attend the events. Failure to do so will only lend further legitimacy to the PRC government’s efforts to erase the abuses taking place in the Uyghur Region and elsewhere. Public figures attending the Games risk acting as willing participants in the PRC government’s propaganda campaign.

Only standing in solidarity with victims of persecution and upholding the cause of human dignity will we stay true to the values which the Olympic Games are founded upon.

We look forward to your response.

The Foreign Secretary's response can be viewed below. 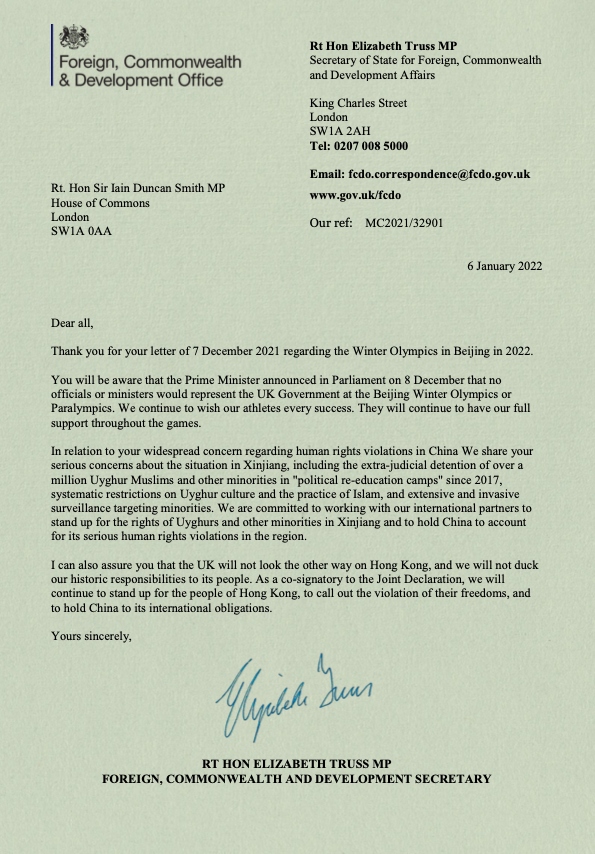