For the first time in 75 years the House recognises ongoing genocide – what’s next? 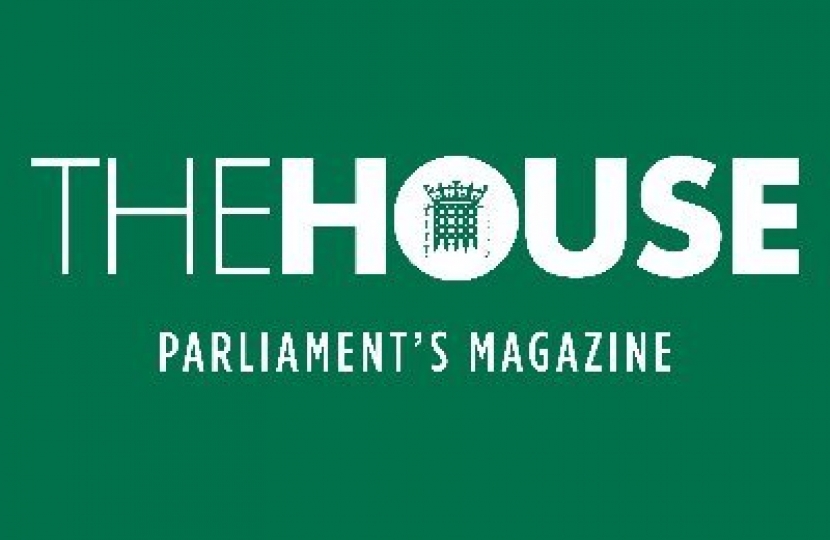 Eyes will be on both G7 and COP26 for our government to work with western democracies to collaborate in ending this nightmare for the Uyghur people.

Over the last couple of years, multiple credible reports, survivor testimonies and independent investigations have detailed gross human rights atrocities taking place against the Uyghur in Xinjiang, China, at the hands of the Chinese Communist Party (CCP).

We have heard stories, described by the Foreign Secretary as painting “a truly harrowing picture”, of mass incarceration, systematic rape, separation of children from their families, mass sterilisation, desecration of Islamic holy sites and deliberate attempts to destroy Uyghur culture.

The evidence that gross human rights abuses were taking place in the region was convincing enough that three countries, the United States, Canada and the Netherlands, passed motions declaring genocide.

Finally, last week the UK Parliament voted unanimously to support my motion recognising the situation facing the Uyghur in Xinjiang meets all five markers of genocide. This was a historic result, showing the strength of feeling across the House on this issue.

Immediately following the debate’s conclusion, my inbox was flooded with support from politicians and colleagues from across the world. Many wrote that they could use this unanimous declaration as inspiration and evidence in their own Parliaments to push for similar outcomes, or to pressure their government into acknowledging the harrowing state orchestrated destruction of the Uyghur. We will see Parliaments across Europe debating this exact issue in the coming weeks, and after assessing the evidence will declare the situation genocide. We and the Uyghur people are not alone.

"China must be held accountable to the rules-based order"

For our government, the option of maintaining the status quo approach to China is unrealistic for two reasons.

First, Thursday’s vote showed that based on the evidence the House is unanimous with its view that Genocide is taking place and the government will have to present its case for failing to investigate or prevent it, as the other part of my motion clearly called “on the government to act to fulfil its obligations under the Convention on the Prevention and Punishment of Genocide and all relevant instruments of international law to bring it to an end.”

Second, the international consensus is building that China must be held accountable to the rules-based order; the Biden Administration has said it wants Western democracies to come together on China, and across the world relations are hardening over China’s aggressive policies. Our government must now take a strategic, and crucially proactive, approach to UK-China relations which do not undermine our values and laws. What could this look like?

Domestically, there are a couple of quick wins. The first would be to implement the recommendations from the BEIS Committee report into slave labour in supply chains, which recommends a white and blacklist for companies that can and cannot guarantee their supply chains are Uyghur slave labour free in Xinjiang. British consumers don’t want to be helping UK firms profiting from slave labour.

Second, the government must commit to cooperating with Sir Geoffrey Nice QC's independent Uyghur Tribunal to obtain a credible legal assessment of whether genocide and crimes against humanity are taking place. Given we know the United Nations is in a state of paralysis, it is crucial that every other legitimate option is explored.

Third, our government should pause trade negotiations with China, in line with the European Parliament, until the CCP removes the sanctions placed on British MPs, academics and lawyers. These sanctions are a basic threat to our democracy and freedom to conduct ourselves in the UK without fear. The CCP can try and close down the debate on the realities of Xinjiang, but we must take a stand against the intimidation of politicians and academics just doing their jobs.

Finally, Downing Street needs to undertake an institution and infrastructure audit to assess British dependency on China and our security vulnerabilities. If we do not understand our weaknesses, then we cannot build on our strengths.

As every day passes with the UN held hostage by China, the CCP can continue with their intent to destroy Uyghur people, their faith, language and identity. The House has put on record that we won’t be bystanders to these crimes and we can and must act.

Eyes will be on both G7 and COP26 for our government to work with western democracies to collaborate in ending this nightmare for the Uyghur people.

Annette Stow, headteacher at St Mark’s CE Primary School in Hadlow Down has been presented with the Wealden Hero Award by Nusrat Ghani MP.