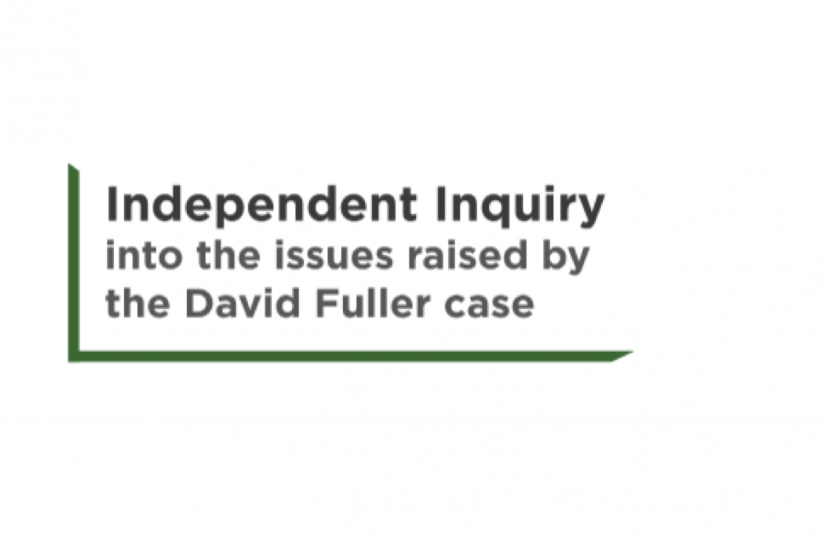 Nusrat Ghani, MP for Wealden, has welcomed the launch of the inquiry by Sir Johnathan Michael to look into David Fuller's horrific crimes.

It comes after a group of Kent and East Sussex MPs called for the inquiry following the conviction of David Fuller in November last year, which the Secretary of State for Health agreed to.

The progress of the inquiry can be followed through its website www.fuller.independent-inquiry.uk.

Any families who have been affected by the abhorrent actions of David Fuller and want to get in touch can do so via the website, by email at Contact@fuller.independent-inquiry.uk or by phone on 0207 9721444.  Similarly, any past or present colleagues of Mr Fuller are encouraged to share any information they think might be helpful to the Inquiry.

In a joint statement, Nusrat said:

“Having called for a Public Inquiry on the day Fuller admitted his crimes we welcome the launch of the Inquiry today. The families of Fuller’s victims need to know how his heinous crimes could have been committed and Sir Jonathan Michael and his team must leave no stone unturned in establishing where the failings were to ensure nothing like it can ever happen again.

“The families of Fuller’s victims need answers and want to see action. We urge Sir Jonathan to proceed quickly to agree the final terms of reference with the families and to get the inquiry underway so that any early recommendations can be implemented without delay.

“We will continue to support our constituents who are living with the shock and distress of knowing Fuller’s crimes against their loved ones.  We will keep a close interest in the Inquiry until we are satisfied that its work has been carried out thoroughly and completely.”