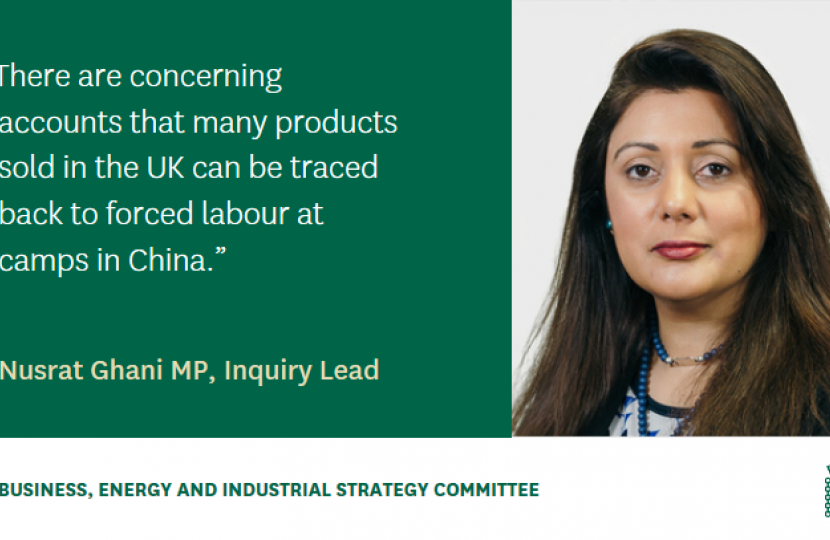 I am very pleased to announce that I will be leading a parliamentary select committee inquiry which will explore the extent to which business in the UK are exploiting the forced labour of Uyghurs in Xinjiang.

The Business, Energy and Industrial Strategy (BEIS) Committee has announced an evidence hearing, likely to take place in November, which will explore the extent to which businesses in the UK are exploiting the forced labour of Uyghur in the Xinjiang region of China. I am pleased the Committee has agreed to my proposal to hold an evidence session on the vitally important topic of the use of forced labour in UK value chains.

There has been a wave of stories of ethnic cleansing of Uighurs in Xinjiang and also of the use of restrictive and oppressive measures employed by the Chinese authorities against ethnic minorities in the province. The UK, by contrast, is a beacon of freedom and hope for many but if we are truly serious about human rights’ we need to look close to home too. There are concerning accounts that many products sold in the UK can be traced back to forced labour at camps in China. I hope this inquiry will help to get a clearer picture of the extent of this problem and explore issues around businesses and the transparency of their value-chains and also what steps the Government could take to ensure that businesses and consumers in the UK do not perpetuate the forced labour of Uyghur.

I also hope our evidence-gathering about the role of British business will help inform the Foreign Affairs Committee’s wider work investigating the mass incarceration of Uyghurs in Xinjiang.

Crucially, we will send a very clear message to individuals and businesses the world over: Great Britain will not be a safe space for those who facilitate, profit from, or associate themselves with the perpetrators of what could well be the worst genocide in many decades.